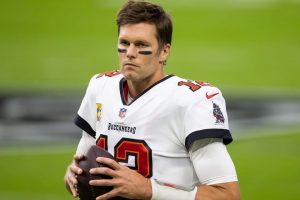 Tom Brady was undoubtedly the difference in the Buccaneers’ Super Bowl march last season. And he wasn’t even at his best.

Tampa Bay quarterbacks coach Clyde Christensen on Thursday recalled a conversation he had with the G.O.A.T. the morning after winning Super Bowl LV.

“I don’t think he was 100% last year,” Christensen said, per ESPN. “His quote, or close to a quote was, ‘Hey, I’m gonna get my knee fixed up and I’m gonna be better next year and you’re gonna be excited about that.’ Performance-wise, you wanna feel good. I think that thing was a nagging nuisance to him, having to tape it every day, just make sure he had that thing loose. So I think he’s excited about just feeling good again.”

Brady’s game isn’t predicated on athleticism, of course. But every ounce of health matters for someone just two months shy of turning 44. With a compromised knee, Brady still managed to complete 65.7% of his throws for 4,633 yards and 40 touchdowns in the regular season before leading the Bucs to a world title and claiming Super Bowl Most Valuable Player honors.

TB12 underwent knee surgery soon after and has yet to take part in team-run activities. While he’s expected to be present for next week’s mandatory minicamp, coach Bruce Arians said his QB “may be doing a lot of coaching.” That’s not to suggest he’s been completely idle this offseason. Brady assembled with multiple receivers for workouts just last week — without his customary knee brace.

The idea of him being healthier while also entering Year 2 in the Bucs’ system alongside the same supporting cast is a scary proposition for the rest of the NFL.