Bengals slammed for defeating Bills in all-white uniforms in snow 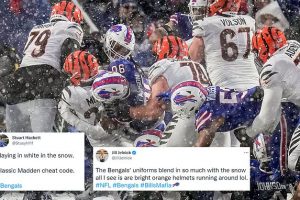 The Cincinnati Bengals defeated the Buffalo Bills on Sunday afternoon, though some NFL fans couldn’t help but to resist the thought of the away team’s white uniforms playing a factor in their 27-10 win, amid snowy conditions in upstate New York.

Joe Burrow and Co. showed up to a frosty Buffalo for the Divisional Round ready to play despite freezing weather conditions around 32-degrees Fahrenheit and one-to-three inches of snow settling in the area.

Cincinatti never trailed throughout the contest after scoring on its first two posessions early on. The Bengals will next travel to a warmer part of the country to take on the top-seeded Kansas City Chiefs in a AFC Championship title rematch from last season, though Bills fans won’t forget Sunday’s game anytime soon, as they’ll feel that their team was hard done by. 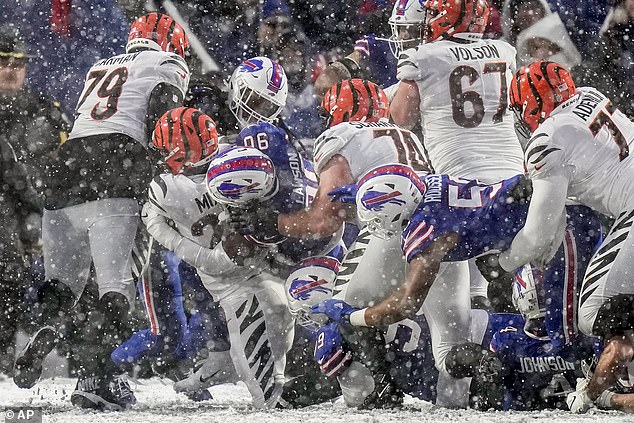 Cincinnati Bengals beat the Buffalo Bills (27-10) in all-white uniforms, gelling in with the snow 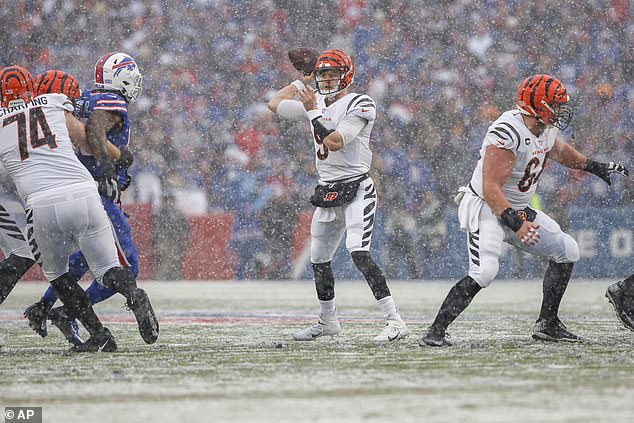 ‘The Bengals’ white jerseys are blending in with the field because of the snow,’ tweeted Robert Griffin III, an analyst for ESPN College Football and NFL Live.

‘The Bengals receivers are wearing white uniforms in a snow storm, this makes it impossible for the Bills defenders to spot them since they blend in. This is basically cheating & if Cincy wins this game it doesn’t count,’ an NFL parody account shared.

‘MVP of this game is who ever inside the @Bengals organization that said, ‘let’s where the white uniforms!’ #camouflage #RuleTheJungle,’ a Bengals fan wrote.

‘Bengals white uniforms are a huge advantage in the snow,’ an NFL fan from Kentucky said. 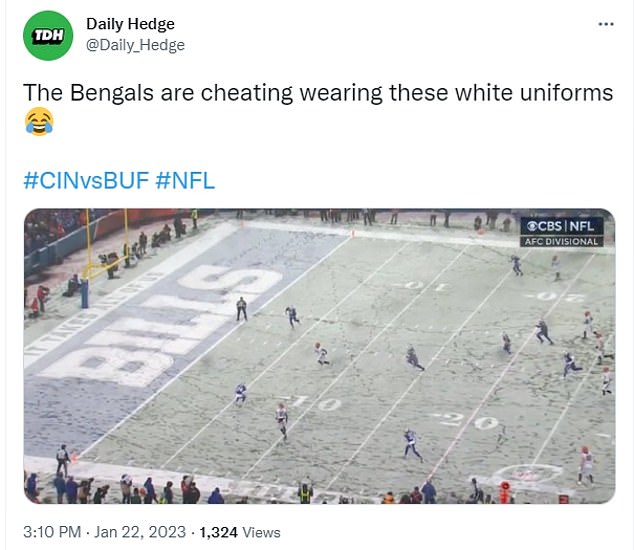 ‘The Bengals’ uniforms blend in so much with the snow all I see is are bright orange helmets running around lol,’ tweeted a Fox Nashville sports reporter.

‘Bengals getting an unfair advantage with their all white uniforms in the snow?,’ another NFL fan said.

‘I didn’t realize that the white uniforms made the Bengals invisible to the refs, but that’s gotta be why they’re only calling fouls on us, right?,’ a Bills fan wrote. 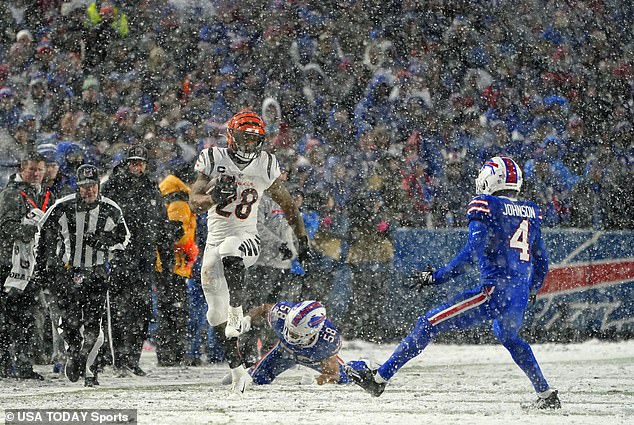 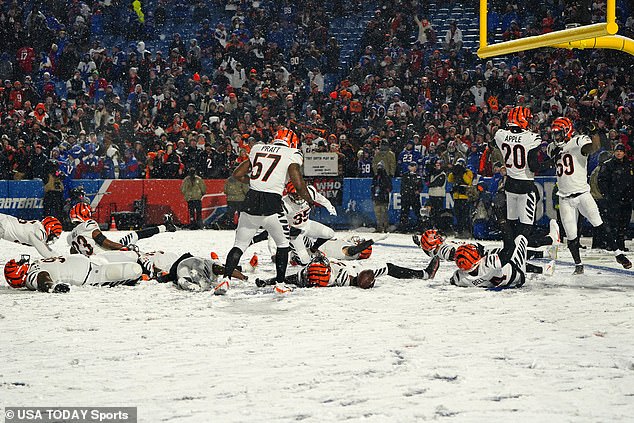 ‘The Bengals are cheating wearing these white uniforms,’ a sports account on Twitter shared, along with a laughing emoji and an overhead picture of Highmark Stadium.

‘I genuinely think the Bills can’t see the Bengals in their white uniforms,’ a Twitter user said.

Cincinnati advanced to consecutive AFC championship games for the first time in franchise history, and will be wary of Chiefs team rocked by star quarterback Patrick Mahomes’ ankle injury.

The Bengals beat the Chiefs 27-24 to advance to last year’s Super Bowl, which they lost to the Los Angeles Rams. Cincinnati has won the past three meetings against Kansas City, including a 27-24 victory last month.