Home » Barnwell: Could these six teams still win the NFL offseason? Why they’ve been quiet and what’s next

Barnwell: Could these six teams still win the NFL offseason? Why they’ve been quiet and what’s next 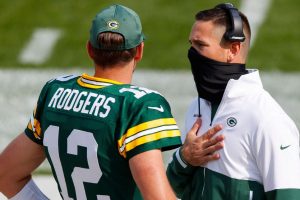 Bill Barnwell is a staff writer for ESPN.com.

There has been plenty of talk about the Patriots, 49ers and Jets this offseason, and that should be no surprise. When you sign a bunch of free agents or trade for a top-three pick, you’re going to be in the headlines. Nothing is sweeter than adding a player in free agency or moving up for a would-be star in the draft; fans are way more likely to get excited about an unlikely addition than they are to be disappointed about missing out on what it cost to get that player down the line.

Let’s look into six teams that have been quiet since the Super Bowl. Some of them have gotten rid of key players, but when it comes to acquiring new talent, they’ve stayed out of the headlines. I’m going to break down why each has been quiet, what it means for 2021 and beyond, and make a suggestion for what all six might do next.

We’ll start with a team that seems set in its (successful) ways:

What they didn’t do: Restructure QB Aaron Rodgers’ contract, sign an inside linebacker, add offensive line depth or get another receiver