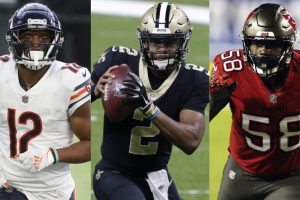 The NFL’s franchise tag period opens today, February 23, and closes on March 9. Then free agency officially begins at the outset of the new league year on March 17. Yep, we’re entering prime roster-reconstruction season, with a whole bunch of players on the verge of relocation.

Today, though, I’d like to spotlight some pending free agents who cannot be allowed to walk out the door. These cats are just too important to their current teams, so applying the franchise tag or reaching a long-term deal is a must.

Now, this is not a free-agent ranker. Chris Godwin is an excellent all-around receiver, a difference maker who’s just about to turn 25. I didn’t put him on the list. Why? The Buccaneers drafted Tyler Johnson last year. ﻿Antonio Brown﻿ should be back. And Tampa Bay has higher-priority free agents (more on that below). Chargers tight end ﻿Hunter Henry﻿ has been underrated for years, and I love him as a weapon for reigning Offensive Rookie of the Year ﻿Justin Herbert﻿. But my last name rhymes with nine, so I had to draw the line there.

Are we still doing this? Really?? Another offseason talking about Dak and Dallas dancing around a long-term deal. Is this some kind of Groundhog Day sequel?

Prescott was worth franchise-quarterback money before he got hurt and you can argue the injury actually enhanced his value by forcing the Jones family to watch their team without him. (It wasn’t pretty.)

There are two types of teams in the NFL: Those that have a quarterback and those that don’t. Dallas has a GREAT quarterback squarely in his prime. Let’s go.

I think Robinson is a bona fide star. I ranked him as a top-nine receiver last offseason, and then he went out and piled up 102 catches and 1,250 yards in a significantly flawed Bears offense. Robinson appears to want out of Chicago, and I can’t blame him. In the NFL, the former Jaguar has caught passes from Blake Bortles﻿, Mitchell Trubisky and Nick Foles﻿. That should be illegal. And yet, he’s still posted three 1,000-yard campaigns, and led the NFL with 14 receiving touchdowns in 2015. This guy’s a stud. Can you imagine him with a top-tier — or even an average — quarterback? It makes all the sense in the world for him to depart the Windy City.

But Chicago is a weak football team. General manager Ryan Pace and head coach Matt Nagy are sitting on scorching-hot seats. They can’t afford to let Robinson go. So, while I’d personally love to see the 27-year-old wideout sign a long-term deal with a team where he can truly shine, I imagine the Bears will indeed slap him with the franchise tag out of necessity.

The biggest reason the Buccaneers won the Super Bowl was their defense. Obviously credit the genius, leadership and play of the greatest winner in football history, Mr. Tom Brady﻿. But look at what the Tampa defense did all season long in an offense-centric league. This, of course, culminated in a shockingly effective effort on Super Bowl Sunday, when the Bucs held Patrick Mahomes and the Chiefs to just three field goals. And the key to this effort was Tampa’s ability to terrorize Kansas City’s injury-riddled offensive line with a four-man pass rush. Defensive coordinator Todd Bowles typically loves to blitz, but he knew his D-line could dominate on its own. And Barrett is the straw that stirs the drink.

I agreed with Jason Licht franchising Barrett last offseason. After a breakout 19.5-sack 2019 campaign, the Bucs GM wanted to make sure it wasn’t a fluke. It wasn’t. No, Barrett didn’t duplicate that sack total, but he disrupted offenses when it mattered most. Now the man deserves to get paid, a sentiment he rightfully expressed on my SiriusXM radio show a couple weeks back.

“I feel like it’s time for me to break the bank now, and I most definitely want to do that to be able to set my family up better and most definitely going to keep producing, so it’s not like anything is going to fall off,” Barrett told me. “I still think I got a lot left in the tank. I’m still getting better, actually. I’m still learning.”

When Saints coach Sean Payton joined me on SiriusXM earlier this month, he raved about Winston and described in depth and detail why Jameis can be a “star” in New Orleans. Lofty praise. And I’m here for it. I agree with it. In fact, I vehemently disagreed when Payton gave the starting reins to Taysom Hill when Drew Brees was hurt. Heck, I would’ve pulled Brees for Winston in the second half of the Divisional Round loss to Tampa Bay.

I love the former No. 1 overall pick’s raw talent. And what I really love is his chance to be successful playing for a future Hall of Fame coach and play caller in Payton. Now he knows the offense. There’s a variable quotient attached to every quarterback available this offseason not named Deshaun Watson or Russell Wilson (and those guys might not actually be available). I think Winston can be successful in the Saints environment. Payton brought him in last year for that very reason. Now pay it off.

I know he turns 33 in July. I don’t care. Trent Williams is an absolute rock at one of the game’s most important positions, left tackle. The 49ers simply pilfered him from Washington last April. And then, unsurprisingly, Williams earned his eighth Pro Bowl bid.

Pay him gobs of money, John Lynch. Your team can get right back to the Super Bowl with improvement at the quarterback position.

He’s a reliable, rock-solid, winning guard. A team like the Bengals or Jets or Cardinals should offer him a blank check. But so should the Patriots. How could they possibly replace him? Not to mention, New England has the third-most cap space in the league, per Spotrac.

Bill Belichick obviously has his own way of doing things, but parting ways with a 28-year-old who has started every single game in his five-year NFL career would be nonsensical. Don’t overthink this.

Whether via the franchise tag (again) or a long-term deal (this would be wise), Denver needs to keep the playmaking safety on the back end of its defense. Sure, the Broncos have to figure out their quarterback situation. (If Drew Lock is the answer, I’d love to know the question.) But this team doesn’t have enough talent to mess around here.

Simmons has been an absolute stud in Vic Fangio’s defense, earning second-team All-Pro honors in 2019 and his first Pro Bowl nod in 2020. With nine picks, 24 passes defensed and nearly 200 tackles over the past two seasons, Simmons is a stat-stuffing ballhawk.

The Ravens smartly placed the franchise tag on Judon last offseason. Talking to the pass rusher on my CBS Sports Network show a few weeks ago, Judon made it clear he loves Baltimore. And he likes money, too. (Who doesn’t?)

“I’d love to be back in Baltimore. I haven’t been nowhere else, so I’d love to be back in Baltimore,” Judon told me. “Just, it’s gotta line up, it’s gotta be perfect, and we’ve gotta make it work. So, if I’m in Baltimore, I won’t be sad. Trust me, I love it here. I got a home, a really nice home. But if not, I’ll still love the city and it’ll be, I think, exciting and fun to play for a new organization and figure out what other teams are like out there.”

Don’t let him explore that latter option, Ravens! Judon is a versatile player and a strong locker room presence, to boot. He went into great detail with me about the real hate with the Titans over the last few years. He’s a classic John Harbaugh player. I hope it stays that way.

Sure, Devin White is the young star and the front four is great. But David is the heartbeat of the champs. And here’s a guess that Jason Licht knows this and will rightly reward David for all of his years as a criminally underrated star.

David is getting a little up in age at 31, but hardly done. Pro Football Focus had him as one of their Top 101 Players of 2020, pointing out one of his most valuable talents in today’s NFL: coverage ability. Three-down linebackers like David don’t grow on trees. Just ask the rest of the league. 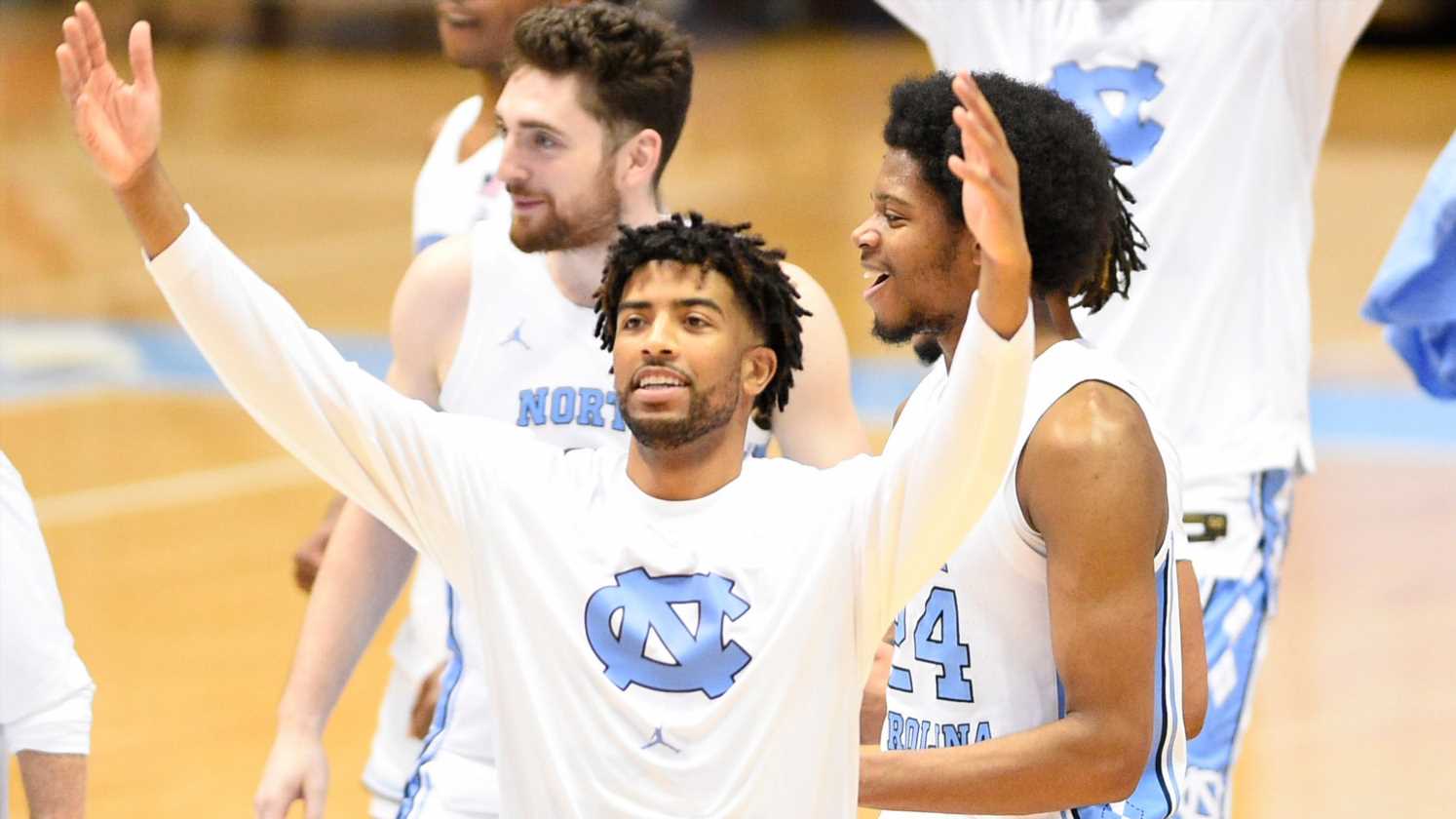