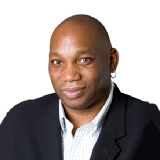 For the last six years, the NBA has bathed in the congratulatory spirit of compromise, the model for commissioner-player communication. In ousting the racist former LA Clippers owner Donald Sterling, both the players and the league could claim satisfaction. The player voice was heard so powerfully that for the first time in the sport’s history, it toppled an owner. They threatened to not play in the playoffs if Sterling remained, and the new commissioner, Adam Silver, agreed.

The commissioner gained the trust of the players, kept the playoffs intact and employed skillful diplomacy, allowing him to tell his bosses he allowed the players to approach a line while preventing them from crossing it.

Six years later, when an entire slate of playoff games was canceled as players refused to play in the wake of the shooting of Jacob Blake by police in Kenosha, Wisconsin, a different truth emerged: In surviving Sterling, as well as the faction that felt basketball was irrelevant following the killing of George Floyd in Minneapolis and that the players should not play, the league had simply been granted a reprieve.

The Milwaukee Bucks walked out. The Orlando Magic followed. So did the Lakers, Blazers, Rockets and Thunder. The WNBA players walked out, but not before gathering and speaking and sporting haunting white T-shirts each designed with a letter of Blake’s name on the front and seven blood-stained bullet holes on the back — the number of times and the location where Kenosha police shot him.

The Milwaukee Brewers and Cincinnati Reds, Seattle Mariners and San Diego Padres, Los Angeles Dodgers and San Francisco Giants, of staid, 7.7% Black Major League Baseball, walked out. The two-time major winner and former No. 1 women’s tennis player Naomi Osaka pulled out of the Western & Southern Open, all on the fourth anniversary of Colin Kaepernick taking a knee during a preseason NFL game — and the NBA was leading it. In retrospect, the sport traditionally closest to revolution ultimately did not avoid confrontation during the Sterling saga back in 2014 as much as it delayed what has proven to be the inevitable.

The United States has come apart, its reckoning regarding the police’s disproportionate use of violence toward its Black citizens sharply pronounced in sports because of its influential Black population and the industry’s reaction to their Black advocacy, emblematic by Kaepernick’s banishment but also by the hostile climate surrounding them.

Underneath it all — the passive-aggressive questions about what walking out will prove, how people will never, ever watch the NBA again — is threat, questions less in search of illumination but designed to diminish the players, to question their authenticity and disavow them of any thought of self-determination. There is no citizenship beneath their tank tops, and even less humanity. You’re here to entertain us. No, you’re literally here to entertain us. That’s your job.

Underneath that layer of threat is more threat, which is to say you better be grateful there are people willing to watch, because if we don’t watch, you’re back to being nothing. The message is, of course, to remind these Black players of how precarious their positions are, to let them know in case they forgot how thin the margin is, that one misstep, injury or arrest, backtalk or protest can put you back there with the rest. Never forget who you owe.

Yet everyone in America knows what the players are feeling right now, because they have felt it themselves, when the pain that lives down deep rises up and paralyzes them — body, heart, mind — and playing a game really doesn’t matter. Nothing feels like it matters. We remember that from Sept. 11. We remember that from the Boston Marathon bombing. We remember that when family and the closest people to us die. We remember that when the constant racism breaks our hearts, and then our backs. Going to work doesn’t matter. It simply isn’t that important. There is no doubt many people have felt it during the more hopeless moments of the coronavirus pandemic, where it is difficult to see a future around the corner.

“Before I am an athlete, I am a Black woman, Osaka said. “And as a Black woman, I feel as though there are much more important matters at hand that need attention, rather than watching me play tennis.”

Naomi Osaka made her decision to not play after the NBA canceled its games, and within her words lie a powerful possession of ownership, both that she is dictating the terms of who gets to watch her and when, and her belief that she will not contribute to the distraction away from where the American attention should be.

In the spirit of diminishment, people have been quick to parse the analogies; that a terrorist attack is not even in the same universe of a guy suspected of a crime who did not obey commands and was shot by the state for it because they may be legally licensed to do so. It is an argument to discredit the players without considering the concept of accumulation. There is no place in America where killing is more frequent, more personal and more repetitive than the killing and assaulting of Black people by police.

It is the pornography du jour, shared from Twitter to Instagram to Facebook, thousands of times, millions of views, dashcam or bystander videos broadcast so frequently it is possible to watch Black people be killed, abused, harassed by police several times per day. It is disseminated by the allies who want to show a kind of solidarity with Black pain without necessarily recognizing the traumatizing effect on a black person of watching and re-watching the state kill them, by the outraged tired of being told America is post-racial, and by the antagonists looking for an opportunity to tell Black people they deserve the bullets they receive — but the one constant is the ready availability of images of Black people who wind up dead. America has been fighting war for nearly 20 consecutive years, but military death is skillfully hidden from the public. Images of deadly force on African Americans are as common as lunchtime.

It is through this lens, the exhausted lens of accumulation, heard in the emotional weariness of Clippers coach Doc Rivers’ voice, and the quavering sadness of TNT’s Chris Webber and the tearful, broken faces of the Washington Mystics where the actionable choice was not to play.

The most powerful corporations in this country have said these routine encounters have become unacceptable, thus it is not an embarrassment for the leagues that the players chose not to play, but wholly appropriate, an exacting of the promise. The message players sent was not that point guards are now moonlighting as legislators, but literally, their humanity must come first — that these Black lives literally matter.

In the weeks of the reckoning since the death of George Floyd, a sneaking belief grew in prominence that the moment had become co-opted, performative, corporatized. The image of Jacob Blake being shot seven times in the back provided a reminder that this is not a branding opportunity.

The result is a group of predominantly Black men and women who have decided to tie the rhetoric into a primary demand: They will be allowed to be admired for their wondrous athletic gifts, but accompanying those gifts is their humanity. They do not exist solely for the entertainment of the public, especially a white public that often seems to thrive on diminishing Black pain. As a job, yes, the players provide entertainment. As people, no. This is the bargain. The accumulation of what is happening to Black people in this country is real, coming at a real cost. The pain is real. The responsibility is real.

And within those realities, the players’ refusal to play has changed the deal. Unlike 2014 and the years that followed, the players have sent a message: For a public that expects performance while being indifferent or hostile to the bodies that live inside the jerseys, they will be seen in full dimension, or, sometimes, not at all.