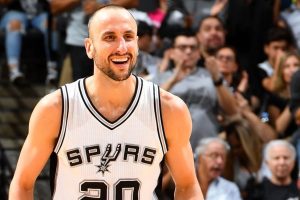 Four-time NBA champion Manu Ginobili — one of the greatest international players in basketball history — is returning to the San Antonio Spurs as a special advisor to basketball operations, sources told ESPN.

Ginobili, 44, will work in a player-centric role focusing on the on-and-off court development of a young Spurs roster, sources said.

Since his NBA retirement In 2018 after 16 seasons with San Antonio, the organization has been persistent in trying to convince Ginobili of taking on an organizational role with the franchise.

Ginobili built a reputation as one of the great teammates and leaders in the sport, and Spurs elders Gregg Popovich, RC Buford and general manager Brian Wright have wanted his influence in advancing the Spurs culture to the next generation of players and staff.

Ginobili was a two-time All-Star and the 2008 Sixth Man of the Year award winner in his 16 year NBA career with the Spurs. He had a decorated international basketball career that also included an Olympic gold medal for Argentina and earning MVP in the EuroLeague.