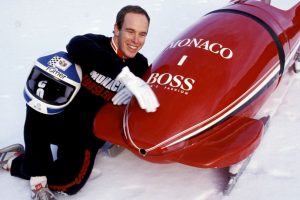 A prince worth £1billion is a five-time former Olympian who has competed in no fewer than 11 different sports in their lifetime.

Albert II of Monaco is one of the richest royals in the world with an estimated net worth of over $1billion and has been the sovereign and head of state of Monaco since 2005.

He is the son of Prince Rainier III and American actress Grace Kelly, who tragically passed away in 1982 when Albert was just 24.

In addition to being an Olympian himself, Albert is married to former Olympic swimmer Charlene Wittstock, who competed for South Africa at the 2000 games in Sydney.

He even gained a black belt in judo, which he was awarded in 1985.

That same year, Albert took part in the famous Paris-Dakar Rally, an off-road endurance driving race, however he was unable to complete the race.

It is in bobsleigh, though, where Albert had the most success, competing in five consecutive Winter Olympic games for Monaco.

What royal has the most impressive sporting career? Let us know in the comments section below.

Albert competed in both the two-man and four-man events between 1988 and 2002, with his best finish of 25th coming in the two-man event at his maiden games in Calgary.

His Olympic achievements allowed him to gain OLY status in 2017 under his competition name of Albert Grimaldi.

Albert has also been a member of the International Olympic Committee since 1985.

It comes as no surprise that Albert became an Olympian with his maternal grandfather and uncle both winning medals in rowing.

John B. Kelly Sr. won three gold medals in 1920 and 1924 in both the single and double sculls, while John B. Kelly Jr. won a bronze medal in the single sculls at the 1956 Melbourne Olympics.