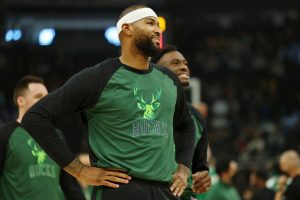 The Nuggets are likely to sign free-agent center DeMarcus Cousins to a 10-day contract, but nothing was finalized as of Saturday night, a league source told The Denver Post.

The organization plans to sit down with Cousins within the next 24 hours, the source said, who reiterated there’s mutual interest in a deal.

The Post reported Wednesday that the Nuggets were looking for a backup center to help bolster their second unit.

Pending a promising meeting with Nuggets management, Cousins will fill that void, and coach Michael Malone will reunite with Cousins after coaching him for parts of two seasons in Sacramento.

Earlier this season, Malone voiced his stamp of approval for Cousins.

“I think it’s crazy that DeMarcus is not in the league right now,” Malone said ahead of a road game in October. “That guy is a very, very talented player.”

Cousins was most recently with the Bucks, who waived him earlier this week in order to keep a roster spot open. But in 17 games this season, most off the bench, Cousins was productive with averages of 9.1 points and 5.8 rebounds in nearly 17 minutes per game.