Denver Nuggets forward Michael Porter Jr. said on his verified SnapChat account that there is an "agenda" behind the COVID-19 pandemic and that the novel coronavirus is being used to "control" people and is "being overblown."

Porter's comments came at the end of a question and answer session he did on the social media app while killing time in the NBA bubble in Florida.

The final question posed to Porter, 22, stated: “Bro speak on this coronavirus being (overblown) to scare people into being controlled, (I know) you know about all that.”

“That’s facts," Porter, who previously in the Q&A responded to a question regarding the "Pizzagate" conspiracy theory, began in response.

"Personally, I think the coronavirus is being used obviously for a bigger agenda. It’s being used for population control just in terms of being able to control the masses of people. Because this virus, the whole world is being controlled. You’re required to wear masks and who knows what will happen when this vaccine comes out. You might have to have the vaccine in order to travel, that’d be crazy. I’ve never been vaccinated in my life, I’ve never had any shots or anything like that.

"It could get crazy, but it’s definitely an agenda behind everything that’s going on right now, and all you can do is sit back and watch what’s going on and not get too emotionally involved.

“But it is a serious thing, it’s a real thing, but yeah, this is being overblown.” 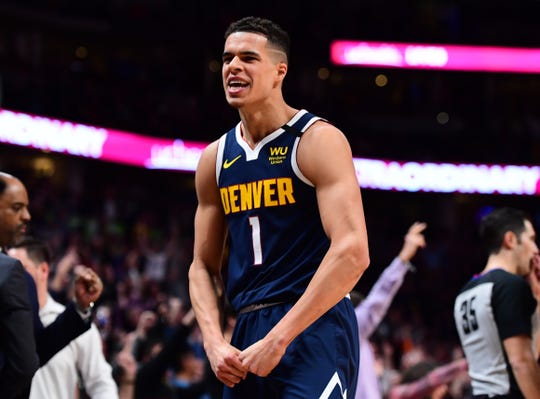 The star high school recruit attended Missouri in 2017-18, but appeared in just three games – one in November and two in March – due to injury. Though Porter says he's never been vaccinated, per the university's website, Missouri "requires that all newly enrolled or readmitted MU students born after Dec. 31, 1956 comply with the two-dose MMR Immunization Policy" through documentation of receiving vaccinations or by providing "documentation of immunity to measles (rubeola), mumps and rubella." The university site says "students who do not comply… will not be allowed to register or pre-register for their second semester at MU."