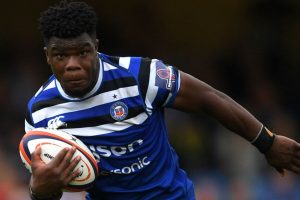 Missing rugby and X Factor star Levi Davis owed around £100,000 to the Somali mafia, it was claimed today.

Respected Catalan newspaper La Vanguardia said the 24-year-old, who disappeared in Barcelona nearly three months ago, had got himself into huge debt after his party lifestyle spiralled out of control. An unnamed member of the team of private detectives put together by the British investigator hired by Gavin’s distraught family was quoted by the paper as saying: “Davis came to Barcelona fleeing from these criminals.

“He had adopted a frenzied lifestyle and was in a very delicate situation. The truth is he was sure they were chasing him. In fact he was convinced they had tried to poison him on one occasion.”

The amount he owed was put at around €115,000 – which is a little short of £102,000. The Somali mafia debt claims surfaced in Spain as it emerged his family were pressing Spanish police to investigate a possible drowning in Barcelona’s port before Levi’s passport was found nearby and fears grew he could have been lured into a trap after arranging to meet someone he had met on social media.

Good Morning Britain said early on Wednesday morning Gavin Burrows, the private detective working for the missing man’s family, had told the programme he feared Levi may have drowned in Barcelona port. GMB reporter Nick Dixon mentioned the port area incident, saying it happened shortly after Levi was last seen, and adding: “A man was in the water in distress in the port area close to a nearby cruise ship.

“A search was carried out but no body was found and everyone was accounted for, at least on the cruise ship. But it was some time later that the police realised Levi’s passport was found in that same area.”

The incident was also flagged up in overnight reports in Spain, which said workers on the cruise ship had alerted the authorities someone was in the sea but the search was suspended soon afterwards because none of the passengers or crew on board were missing. Levi’s Ibiza-based friend Richard Squire formally reported him missing a few days later after his family informed West Midlands Police he had vanished.

Barcelona police confirmed on November 22 last year his passport had been found in the city port after Levi’s worried mum Julie revealed it had turned up. Speaking of his fears the missing Brit could have been entrapped by someone on social media, and appearing to explain a mystery Bizum payment Levi was said to have made the day he vanished on October 29 last year, the unnamed investigator told La Vanguardia: “We know a friend sent him £30 on Bizum so he could play for a place to sleep in.

“And we also know he intended meeting a person he had met on social media, a person he had never actually seen, a person who could give us very valuable information about what occurred. Unfortunately we only have a nickname to go on.

“Perhaps it was nothing more than bait offered by the mafia who were looking for him. We can’t rule out any hypothesis.” Depressed Levi was taking a break in Europe after being sidelined from rugby following a knee injury.

He was picked up on CCTV leaving the Old Irish Pub near Barcelona’s La Rambla around 10pm on October 29, a few hours after taking a boat from Ibiza with just €40 (£35) and no change of clothes. Friend Richard Squire, who formally reported him missing to cops in Barcelona after his family informed West Midlands police, described his decision to leave the island as "sudden."

Last month Levi’s mum said private detective Mr Burrows had uncovered information that the former Bath rugby player, who starred on Celebrity X Factor in 2019, may have been kidnapped in Barcelona by British gangsters. She said the investigator had received an exclusive tip her son had got into a dispute with criminals two years ago while he was playing rugby for Ealing Trailfinders in 2020.

She told Mail Online: “'We desperately need to know more because this could change the whole nature of the investigation,' she said. 'The anonymous tip was given to private investigators who are helping police look for Levi. The person was very cagey and revealed very little details other than to say that 'persons in the UK are involved in Levi's disappearance' and that it stems from a falling out he apparently had with a gang in London when he played rugby there.

“I do know of some difficulties he had with some people who showed up to his flat in Ealing but don't know what the disagreement was about or how serious it was. But this is a very important piece of information to come to light and the police in Barcelona are aware.”

Gavin Burrows, the private detective, added: “We've received several anonymous pieces of information that point to the fact that Levi's disappearance is not voluntary. There are definitely people in both London and Barcelona who know what's happened to him and we are following the leads we have been given.”