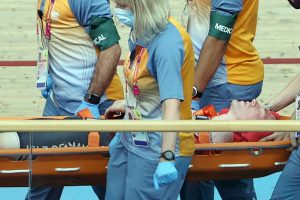 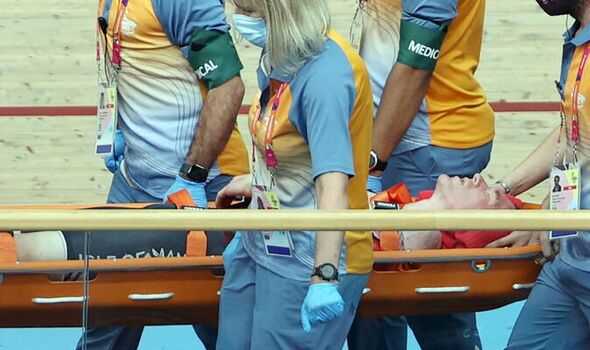 British cyclists Matt Walls and Matt Bostock were taken to hospital following a horror crash at the Commonwealth Games. Both cyclists were catapulted over the barriers and into the crowd at the Lee Valley VeloPark.

Walls’ bike had come over the barriers and into the crowd. Spectators were apparently hurt in the incident, during which Walls was treated by medics for around 40 minutes.

The 24-year-old had attempted to avoid another crash but clipped the wheel of another bike and was sent crashing over the barriers. One spectator was taken away in a wheelchair covered in blood, the BBC report.

The broadcaster has also claimed that a Team England spokesperson said both athletes are “all right” and that their injuries could have been “so much worse”. Paramedics held up shields to protect Walls’ privacy while he was treated. 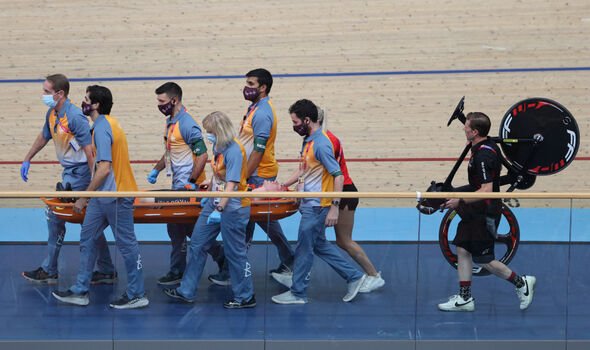 “Following a crash in the men’s scratch, Matt Walls & Matt Bostock are being treated by medics before being taken to hospital for further treatment,” a British Cycling statement posted to Twitter read.

“We send our best wishes to the riders and spectators involved in the incident, and will provide a further update when we can.”

The Evening Standard reports that spectators involved could not see the crash until too late due to the gradient of the banking. The remainder of the session at the Velodrome was cancelled and supporters were cleared from the arena while medics treated those who had been caught up in the crash. 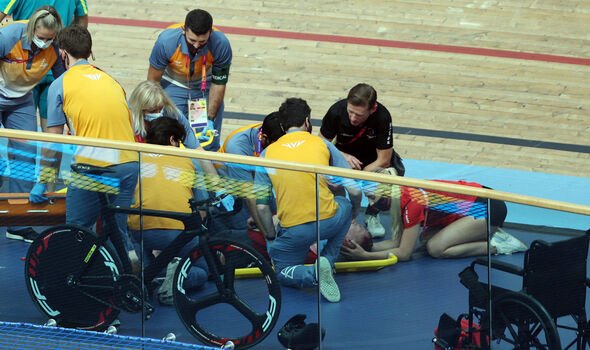 Pictures showed Walls being treated following the incident before being taken to hospital on a stretcher. A male spectator was treated for cuts on his arm, while a young girl received minor attention.

A statement by Welsh Cycling confirmed that their rider, Will Roberts, was okay as he was not caught up in the incident. They wished both Walls and Bostock a quick recovery.

“Sending our love and best wishes to those injured in the crash at the Velodrome today. On behalf of all of us at Welsh Cycling we hope for a speedy recovery.

We can confirm that Will Roberts is okay, and was not involved in the accident.”