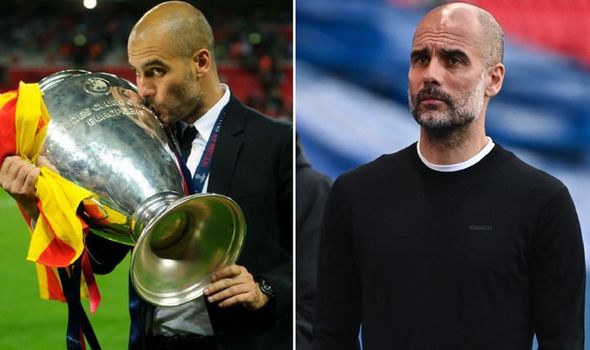 It is scarcely credible that Pep Guardiola has not been involved in a Champions League final for a decade. He will never have a better chance to end that run.

The second-half show on Wednesday night that his Manchester City side put on in Paris – as fabulous in its own way as anything seen at the Folies Bergere – sets them up perfectly for their shot next week.

Surely this will be the year Guardiola marks his return to European club football’s gilded stage.

The pressure that has built with each barren year given the resources at his command has undoubtedly weighed heavily – he was sent off at half-time in the second leg against Liverpool three seasons ago for a rant at the referee Antonio Mateu Lahoz.

This time his aim was to melt away the high anxiety that had accompanied each failed mission in Europe. 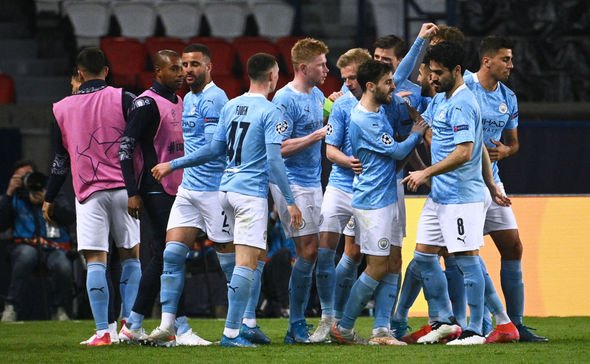 His manner in the build-up had been relaxed and accepting. If it works out it works out. If not, well enjoy the view. There are worse ones to have than the Parc des Princes, Paris, for a Champions League semi-final.

His stress-free outlook was mirrored by his men last night as they kept their heads and the Parisian hot heads lost theirs.

It was an exacting first half for City against talented opponents. The man in black paced his technical area and pointed here, there and everywhere, shifting his pieces to try to deal with what was coming at his side.

Living it? Yes. Enjoying it? Well that would be pushing it. 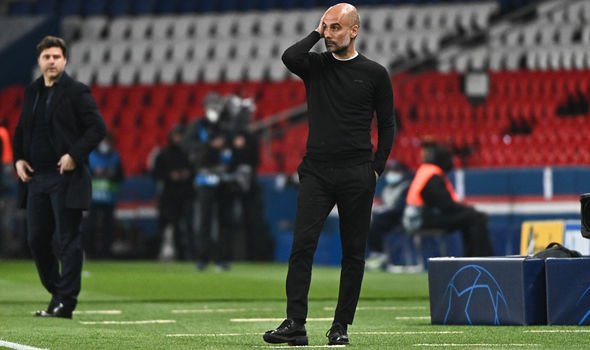 But after the break Guardiola was able to smile like he meant it as PSG cracked under City’s swarming barrage and suffered a collective defensive breakdown.

The City manager’s half-time directive for his full-backs to push on and some more patient approach work left the increasingly rattled home side with nowhere to go.

The dart thrown at Guardiola is that he has over-thought knockout games since his arrival at the Etihad, particularly last season with his ill-fated shape change against Lyon in the quarterfinal.

It was not an accusation that could have been levelled at him in the French capital last night. The no striker policy he employed may have been novel at one point for City but they have used it regularly over the season and played their best football with the system.

While the temptation must have been to tweak it at the interval Guardiola trusted in his instincts and in the end it all turned to gold with their 18th consecutive away win.

City cannot quite count their chickens yet. The menace of the devastating PSG frontline has their opponents permanently on edge.

But the English champions-elect are so close. And so is Guardiola.