The Los Angeles Lakers go in search of their fourth successive win when they host the Orlando Magic on NBA Primetime, live on Sky Sports Arena on Sunday at 8:30pm.

Since staggering out of the gate with a 2-5 start of the season, the Lakers (11-7) have reeled off nine victories in their last 11 games to climb into the Western Conference play-off places.

That change in fortunes has been powered by LeBron James, who has mined a rich vein of form (averaging 29.2 points per game in November) to carry the Lakers up the standings.

Their shaky interior defense, the major issue during their sluggish start, has been shored up by the acquisition of veteran center Tyson Chandler to provide back up to starter Javale McGee.

The Magic (9-10) have surprised those who predicted they would struggle this season. Powered by young trio Aaron Gordon, Jonathan Isaac and rookie center Mo Bamba, they already boast big wins over the San Antonio Spurs and the Philadelphia 76ers.

They will be keen to stop a current two-game losing streak at the earliest possible opportunity.

While James’s excellence ensures highlight reel plays, Gordon has the freakish athletic ability to go head to head with ‘The King’ in terms of show-stopping dunks, rather than their all-round games. 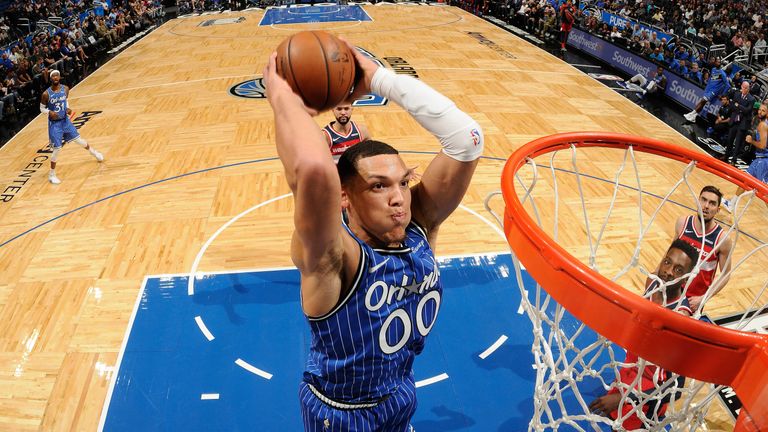 Gordon is shooting at the best percentages of his five-year career and will lead the Magic’s offensive charge in the Staples Center. Keep your fingers crossed for a spectacular scoring duel with James.

That could spell trouble against a Lakers offense powered by James and augmented by Brandon Ingram and Kyle Kuzma currently scoring 116.2 points per game and playing at the league’s fifth-highest pace.

One to watch (Magic): Evan Fournier

The Magic’s French shooting guard, now in his seventh NBA season, is not afraid of taking big shots, as evidenced by his game-winning buzzer-breaking three-pointer that lifted Orlando to victory over the Cleveland Cavaliers in early November.

While his clutch shooting can’t be questioned, his overall shooting efficiency certainly can, particularly from beyond the arc where is making just 30.6 of his attempted three-pointers.

Fournier is averaging 16.7 points per game and his scoring paces the Magic, especially at times when their younger players struggle to make baskets.

One to watch (Lakers): Brandon Ingram 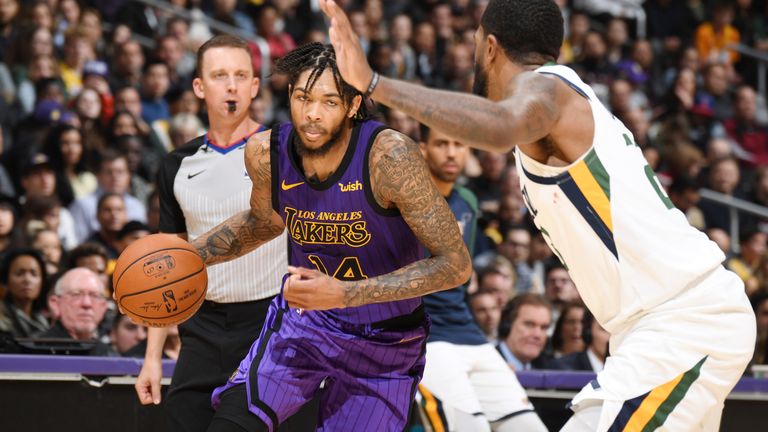 Ingram’s campaign was interrupted by a four-game suspension levied against him for his part in the ugly Rockets-Lakers brawl in the season’s opening week.

Since returning to the line-up, Ingram has had three 20+ point games including a game-winning 24-point effort last time out as the Lakers battled to a win over the Utah Jazz.

The expectation of Ingram making a substantial leap in quality this season weigh on the young forward but recent signs suggest he is finding ways to co-exist alongside James and make increasingly impactful contributions.