Home » NBA » Lonzo, Lowry, CP3 and what matters most during the NBAs free agent frenzy 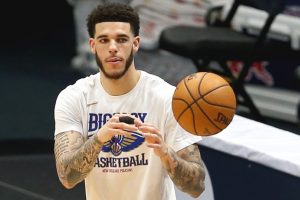 The 2021 NBA free-agent signing period is running at full speed, with a flurry of deals getting done right after the 6 p.m. ET start.

Among the most impactful Day 1 deals: Kyle Lowry joining the Miami Heat on a three-year deal via sign and trade with the Toronto Raptors, Chris Paul re-signing with the Western Conference champion Phoenix Suns on a four-year deal, Lonzo Ball heading to the Chicago Bulls and Mike Conley returning to the Utah Jazz.

What another deals are getting done, and how are they shifting the balance of power around the league? NBA insider Kevin Pelton is providing analysis of all the significant free-agent signings and trades, weighing in on what moves make sense, which are bargains and which are head-scratchers.