The Los Angeles Lakers should strongly consider moving Kyle Kuzma if it means they can get a player in the calibre of Devin Booker, according to Stephen A. Smith. NBA trade rumours are heating up with just a few weeks until the deadline and the Lakers have been linked with possibly trading Kuzma.

ESPN’s Brian Windhorst claimed Kuzma has been made “available” by the Lakers with several teams contacting the Western Conference leaders about a potential move.

The difficulty for the Lakers is Kuzma makes just $2million a season, meaning it can be tough to get something similar in return.

The Lakers don’t have much money to play with in the salary cap in order to sign a top talent.

Reports have suggested a point guard is top of the wishlist for the Lakers with Rajon Rondo struggling to lead a unit with LeBron James off the floor. 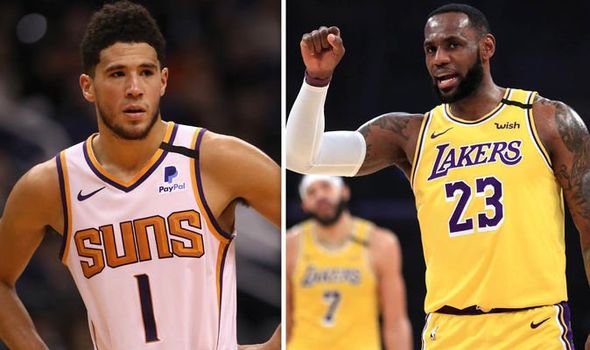 Kuzma though has impressed recently scoring 26 and 36 against the Dallas Mavericks and Oklahoma City Thunder respectively.

But Smith believes the Lakers should potentially look at putting together a monster trade to acquire Booker from the Phoenix Suns.

And the NBA analyst points to LeBron James’ age as a good reason to go after a bright young talent.

“On one hand I think you go get a Kyle Korver – a marksman – to pair with Anthony Davis, LeBron James and Kyle Kuzma because I love Kyle Kuzma over the last two games…” Smith said on ESPN’s The Jump.

What LeBron James did after Bobby Portis whacked Lakers team-mate

“I want him to stay a Laker but if I could package Kuzma with a multitude of players and even a pick and I can get myself Devin Booker to join Anthony Davis and LeBron James… Would I do that? Hell yes.

“I love Devin Booker and I think what has happened to him in Phoenix is criminal – until they hired Monty Williams because Monty Wiliams can coach and he’s exactly what that franchise needed.

“You’ve got to remember LeBron James has about three years left.

“LeBron is going to be at LeBron James level for at least two more years. You say he has three-four years left. 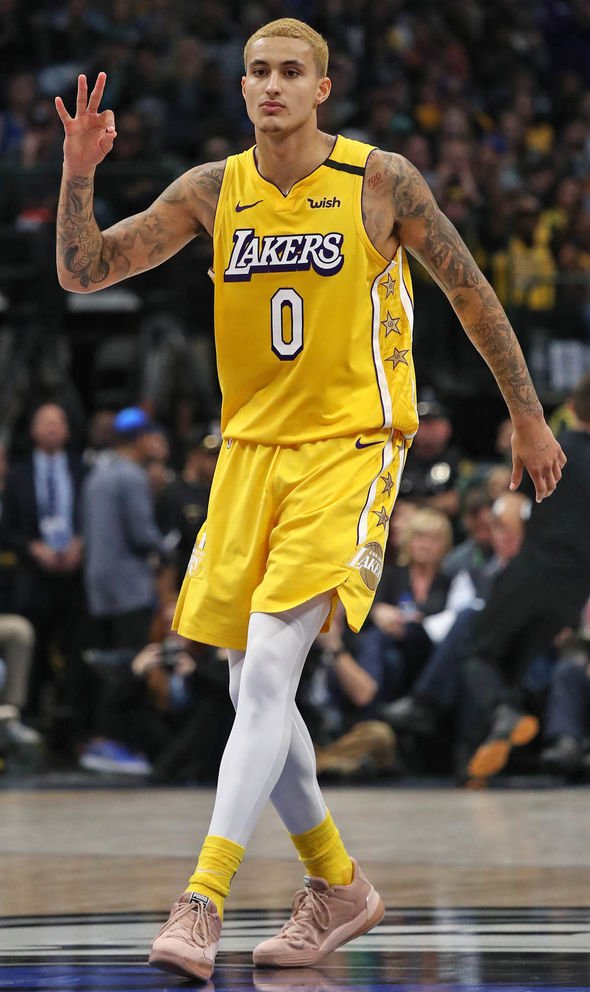 “The future of the Lakers could be Anthony Davis and Devin Booker. What the hell is wrong with that?

“If I could pull it off I’d do it, but they need something like that to go up against the Clippers.

“And LeBron has got to show up like LeBron against Kawhi Leonard and the Clippers.”