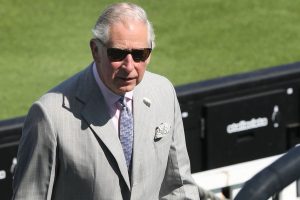 King Charles III is no longer considered the 'owner' of one of the most famous sporting venues in England after the Duchy of Cornwall title was passed to his eldest son Prince William.

Charles, who is also the oldest person ever to assume the British throne at the age of 73, has automatically given up his Duchy of Cornwall title following the passing of Queen Elizabeth II.

Attached to the Duchy of Cornwall estate, which includes an estimated 150,000 acres and an income in the region of £20million per year, is ownership of the land in which the Kennington cricket ground The Oval is located.

READ MORE: Queen Elizabeth II has died at the age of 96 as entire nation in mourning

The iconic sporting location which was established back in 1845 has been leased for cricket matches since that same year, proving a valuable income for the crown.

As the Prince of Wales, Charles was seen at the ground on several occasions down the years and attended a celebration for the Queen Elizabeth II Platinum Jubilee back in June.

With Prince William, Duke of Cornwall and Cambridge now being the manager of the extensive estate, he might spend more time watching cricket rather than football and rugby.

Questions have been asked in the past over whether the land should be sold with Surrey County Cricket Club being tenants for the entire 176 years.

A spokeswoman for the Duchy at the time: "It is a happy landlord-tenant relationship. I don't think we have anything else to add."

Paul Sheldon, Surrey's former chief executive, added: "If the Duchy ever decided to sell, then of course we would be interested in discussing it."

The passing of the beloved Queen was announced on Thursday September 8, with an emotional statement.

A statement from the King read: "We mourn profoundly the passing of a cherished sovereign and a much-loved mother.

"I know her loss will be deeply felt throughout the country, the realms and the Commonwealth, and by countless people around the world."