Giannis Antetokounmpo registered his second triple-double of the season with 26 points, 15 rebounds and 11 assists in the Milwaukee Bucks’ 144-109 victory over the Sacramento Kings.

The Greek Freak’s dominant display helped the Bucks use an 18-1 run in the first quarter to take command in their first game since losing at Boston on Thursday, their first defeat after opening the season 7-0.

In doing so, the hosts also set a new franchise record for three-pointers made in a game.

Antetokounmpo, who had only one triple-double last season, hit eight of his 11 shots and nine of his 12 free throws. His other triple-double this season had come against Philadelphia in October. 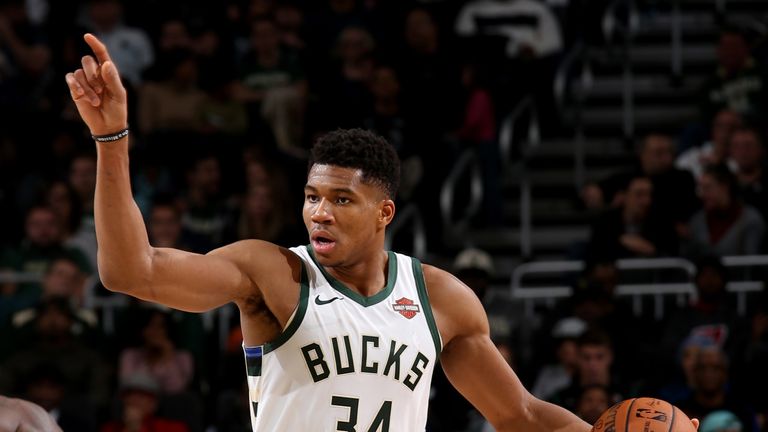 Sacramento bolted to a 14-7 lead before the Bucks turned the tables with their 18-1 flurry. Khris Middleton buried a pair of three-pointers and Ersan Ilyasova added a third in the burst.

The Bucks wound up making 22 three-pointers in the game in 56 attempts. Milwaukee led 39-30 at quarter’s end and 72-50 at half-time before coasting home.

Eric Bledsoe had 17 points, Ilyasova 15, and Malcolm Brogdon and Pat Connaughton each scored 13 for the Bucks, who have scored at least 113 points in all nine of their games. 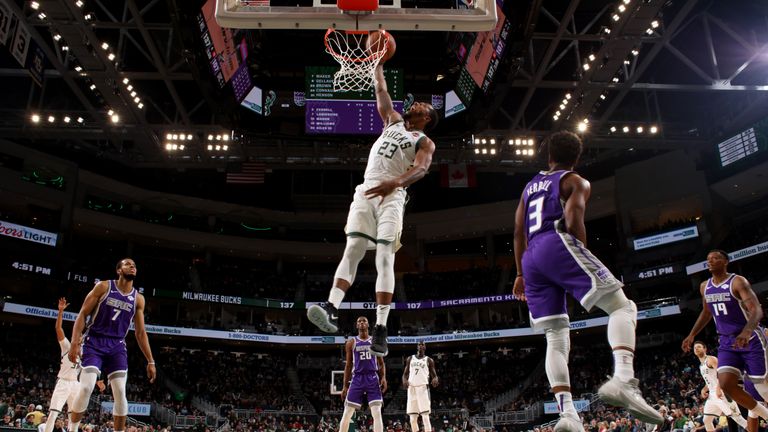 Justin Jackson had 22 points for the Kings, who had won five in a row and were looking to sweep a four-game trip that began with wins over Miami, Orlando and Atlanta.

De’Aaron Fox, who scored 15 points for the visitors, also had six rebounds and six assists in his first game since recording a triple-double at Atlanta on Thursday.