Home » NBA » Don’t believe the hype: Lessons from past summer leagues to remember about this year’s standouts

Don’t believe the hype: Lessons from past summer leagues to remember about this year’s standouts 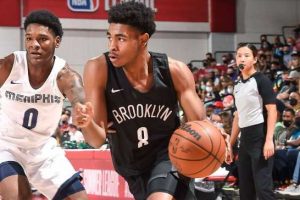 Summer league is the ideal setting for huge performances from ultra-confident, talented players who are given a level of freedom that they likely won’t see in the regular season.

While big games in summer league don’t always translate to sustainable NBA success, the Las Vegas tournaments of years can sometimes indicate what to expect when summer league stars make their regular-season debuts.

What does that mean for members of the 2021 rookie class who went off in Vegas? Mike Schmitz breaks down what lessons and insights to take away from this year’s action.

MORE: The rookies and sophomores who stood out in Las Vegas

From Josh Selby (24.2 PPG) in 2012 to Andrew Goudelock (19.0 PPG) in 2013, Jordan McRae (24.3 PPG) in 2016 and Antonio Blakeney (21.0 PPG) in 2018, bucket-getting guards have proven that summer league is the ideal setting to put up big numbers. With minimal practice time and less of an emphasis on offensive execution and defensive intensity, you’re bound to see huge performances from fearless guards who have the type of freedom that they likely won’t see alongside NBA stars in the regular season.

Some of the names listed above prove that filling up the box score in summer league doesn’t always lead to success in the NBA.