Carmelo Anthony has revealed he refused to jeopardise his friendship with LeBron James by trying to help him secure a return to the NBA with the Los Angeles Lakers. Anthony endured the most difficult year of his career last season as he was cast aside by the Houston Rockets after playing just 10 games.

Month after month went by with no clear route back to the NBA for Anthony, with teams reluctant to give him an opportunity to prove his worth.

He was overlooked by teams in the playoffs and the phone line remained quiet throughout the busy summer free agency window with big names such as Kevin Durant, Kawhi Leonard and Kyrie Irving stealing the headlines.

As the NBA season begun, a return to the league looked increasingly bleak for Anthony.

However, that all changed in the space of a few days last month when the Portland Trail Blazers got in touch before signing him to a non-guaranteed deal. 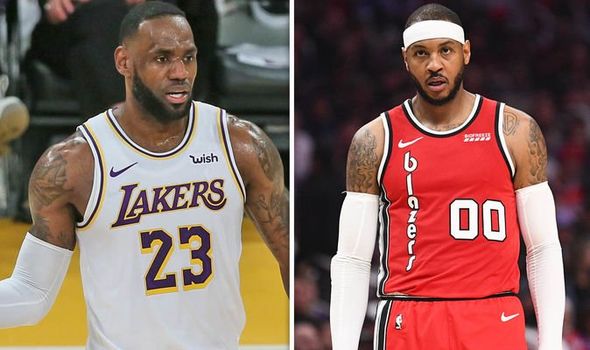 Throughout his time on the market, the Lakers were mentioned on numerous occasions as potential landing spots due to James’ friendship with Anthony.

It was suggested the long-term friends would try and strike up a deal with the Lakers to bring Anthony along.

However, the 10-time NBA All Star insists no discussion with James ever took place as it would have put their friendship under strain.

“I don’t know what he’s doin’ on his side, but I would never put him, as a friend, as a brother, in that situation.

“And I know for a fact he would go to bat for me, but I don’t feel comfortable putting people in that situation, whether you’re my friend or not.”

James and Anthony entered the league in the 2003 draft and have faced off numerous times throughout their time in the NBA. 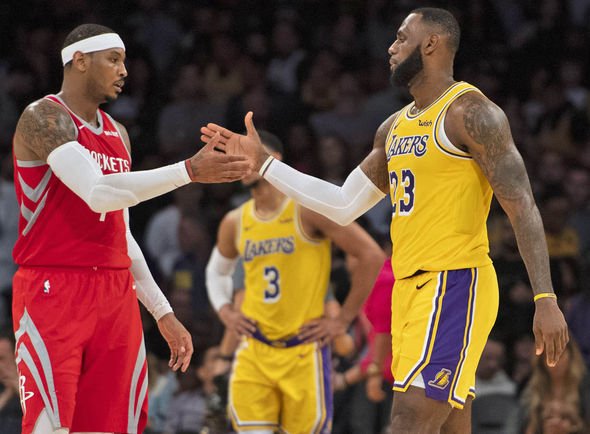 Another chapter will be written this weekend when the Lakers take on the Trail Blazers, and Anthony took time to reminisce on how much the pair of them have achieved over the past two decades.

“Those are fun games, though, right?” he added.

“I mean, we’ve been — we’re 17 years in. I remember sitting in New Jersey in high school [talking] about playing for the first time, like, we’re — we’re here 17 years later still doin’ what we do and what we love.”

Anthony has enjoyed a solid start to life in Portland, resulting in him being named Western Conference Player of the Week on Monday. 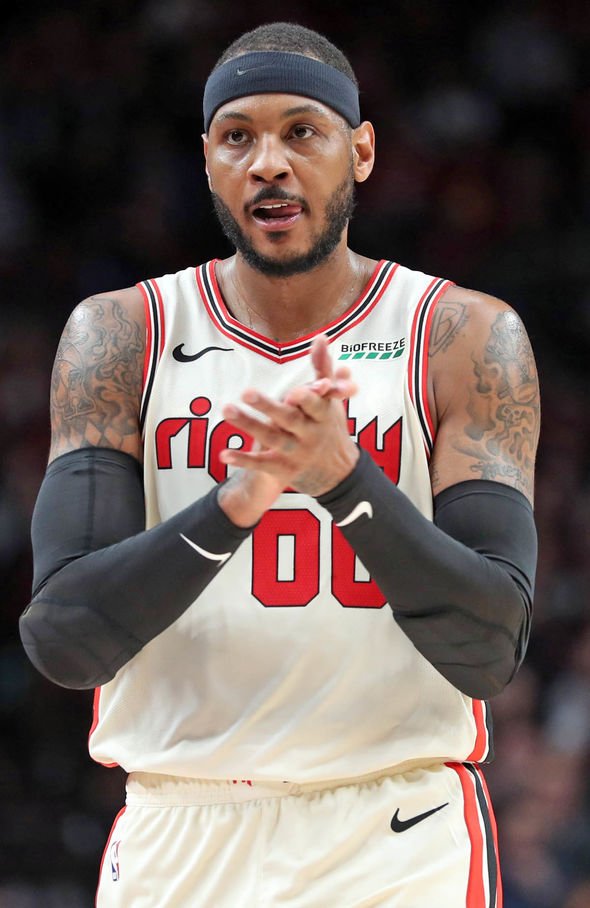 There were many doubters after his short stint with the Houston Rockets on whether he would in fact make a return to the league at all.

But the 35-year-old never lost faith and believes the year-long rest has in fact helped him rediscover some of his best form.

“I feel good,” he said. “Just because I’m 35 years old and I’m supposed to be, you know, the book says you’re supposed to be about to retire around this time? Like — like, no, I’ve always been against all odds. … I just had a year off. … I had a year off restin’ my body.

“When you’re able to get your mind right, everything else flows.”