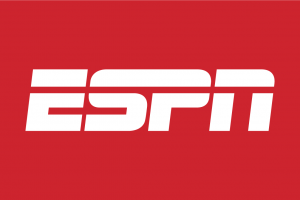 Former UFC heavyweight champion Cain Velasquez was cleared Tuesday by a California court to perform on a professional wrestling show for the Mexican promotion Lucha Libre AAA, according to court records.

Velasquez, 40, is still facing charges in an attempted murder case in Santa Clara County, and Tuesday’s decision comes less than a month after he was released on $1 million bail Nov. 8.

As a condition of his bail, Velasquez is supposed to be confined to his home, wear a GPS tracker and not come within 300 yards of the alleged victims of the case. However, judge Arthur Bocanegra temporarily waived the home confinement and tracker for this lucha libre event. Velasquez must pay out of his own pocket for law enforcement to accompany him to the wrestling show, in lieu of the tracker.

The AAA show will take place Dec. 3 at Mullett Arena on the campus of Arizona State University, where Velasquez was a two-time NCAA Division I All-American wrestler.

Sources told ESPN that Velasquez’s team began talks with AAA last week and a deal in principle was reached. On Monday, Velasquez’s legal team asked the court for the special permission, and Bocanegra granted it Tuesday.

Velasquez will perform in a trios match on the lucha card, teaming with Pagano and Blue Demon Jr. against Taurus, Sam Adonis and Gringo Loco, sources told ESPN.

Velasquez, 40, is being charged with attempted murder and 10 other gun-related charges. He is accused of chasing down a man, Harry Goularte, in his vehicle and shooting at him. Goularte is being charged with sexually assaulting a young relative of Velasquez. In a civil suit filed in June, Velasquez said that Goularte molested Velasquez’s 4-year-old son.

Goularte was not hit by Velasquez’s shots, but Goularte’s stepfather, Paul Bender, was. Bender, who was not seriously injured, helps Goularte’s mother, Patricia, run the daycare center where Goularte allegedly abused Velasquez’s son. The three of them — Goularte, Patricia and Bender — were all in the car when Velasquez gave chase in his own vehicle and fired the shots.

Velasquez retired from the UFC in 2019 and made the move to pro wrestling, first with Lucha Libre AAA. Velasquez, who is Mexican-American, is very popular in Mexico and grew up a fan of the lucha libre style. After success in matches for AAA, Velasquez signed a multi-million-dollar deal with WWE and had a huge match in November 2019 against Brock Lesnar in Saudi Arabia.

Velasquez was released by WWE, along with many others, when the COVID-19 pandemic hit in 2020. He resurfaced with AAA in December 2021 in Mexico.