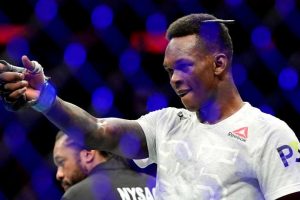 UFC 259 is upon us, with four champions competing in three title fights: Amanda Nunes defends her featherweight title against Megan Anderson, Petr Yan puts his bantamweight title on the line against Aljamain Sterling and middleweight champion Israel Adesanya challenges Jan Blachowicz for his light heavyweight title.

Here’s a look at the odds and Sporting News’ picks for the night’s big fights.

All odds courtesy of FanDuel.

Although Adesanya is moving up in weight, oddsmakers don’t see Blachowicz providing much resistance to the Nigerian’s journey to become a two-division champion. And a closer look at Adesanya’s recent outings suggest exactly that.

The 38-year-old Blachowicz has gone on an impressive run with four straight victories over Luke Rockhold, Ronaldo “Jacare” Souza, Corey Anderson and Dominick Reyes, with three of those fights not going to the scorecards. Outside of a knockout loss to Thiago Santos, the Polish fighter has won eight of his last nine fights. That is certainly impressive, but he’s also suffered his fair share of losses during his UFC tenure. While his current run suggests that he’s turned a corner late in his career, what he’s up against on Saturday night is totally different than what he’s faced during his current winning streak.

In order to beat Israel Adesanya, his opponent needs to give him something to think about outside of a purely stand-up fight. And that requires threatening the takedown in order to keep the kickboxer from sliding into a comfort zone and dissecting his opponents.

Robert Whittaker and Paulo Costa fought at a distance and were eventually picked apart while Yoel Romero kept Adesanya weary of his power but did nothing to prevent being outpointed.

Adesanya is different in the sense that he’s a fluid striker that is equally devastating with both punches and kicks. He changes levels with ease and is just as effective as a counterstriker as he is being the aggressor. Kelvin Gastelum was the only fighter who found success in a fight of the year candidate against Adesanya, and that was courtesy of the takedown threat that allowed Gastelum to keep the Auckland fighter guessing.

If you don’t do that, you’re bound to lose.

Blachowicz has great grappling, but the problem is going to be finding a way to close the distance to either drag the fight down to the mat or land one of those heavy bombs that could do serious damage.

Blachowicz may be the naturally bigger fighter, but he’ll be at a disadvantage in height and reach to Adesanya. It’s a recipe for disaster when facing an opponent who enjoys uses those advantages with pinpoint striking. There could be some dicey moments, but this fight will likely play out in a similar fashion as the Costa fight with Adesanya using leg kicks and a sharp jab to set up a knockout in the third or fourth round.

And that’s exactly where the money is at considering Adesanya is a -230 favorite.

Look, there really isn’t much reason to waste time explaining why the greatest women’s fighter of all time will retain her 145-pound title. Megan Anderson is a solid fighter that packs a punch in the women’s featherweight division, but she was submitted in the first round by Felicia Spencer, who Nunes dominated, and outpointed by Holly Holm, who was stopped by the champion.

Nunes has superior technique across the board. The only question is how she plans to finish it? Does she use her grappling to earn the submission or be the first fighter to knock out Anderson?

A prop bet is the only way to make money on Nunes as the two-division champion is a massive favorite at -1200. Considering that Anderson is susceptible to submissions, it makes sense to lean that way.

This is the most difficult fight to pick as the champion has yet to show any chinks in his armor during his 7-0 UFC run. However, Sterling has faced stiffer competition and is a wizard with his grappling and wrestling.

Oddsmakers have made this an even-money fight for that very reason. We’re not entirely sure just how good Yan is. Pummeling an over-the-hill Jose Aldo and Urijah Faber doesn’t necessarily state that he’s the best in the division as he’s managed to get the title without facing Cory Sandhagen, Marlon Moraes, Frankie Edgar, Cody Garbrandt and Pedro Munhoz. He’ll have his hands full with Sterling.

As for Sterling, this title fight is long overdue and was earned with an absolute steamrolling of Sandhagen in his last outing. He may not be a devastating striker, but his high-level grappling and his improved standup could make this an interesting fight.

Yan has one loss in his MMA career but has yet to face a grappler on the level of Sterling. He’s a powerhouse, but can he punch his way through this opponent?

There’s a sincere dislike for one another, and with the fight being five rounds, it’s likely that this one doesn’t go the distance. One way or another — whether by Sterling submission or Yan knockout — it’s unlikely that the judges will be needed.

With a fight this narrow, as Yan and Sterling are both at -110, betting that the fight doesn’t go the distance may offer the best outcome.

Sporting News Pick: Yan-Sterling does not go the distance