Sage Northcutt has revealed that he underwent nine hours of surgery after suffering eight fractures during his ONE Championship debut in Singapore on Friday.

The former UFC star was a big signing for the promotion but his first fight did not go to plan, kickboxing world-champion Cosmo Alexandre securing the knockout in just 29 seconds.

Northcutt was sent crashing to the floor after being caught with a huge overhand right and has told fans that the strike did more more damage to his face than initially thought. 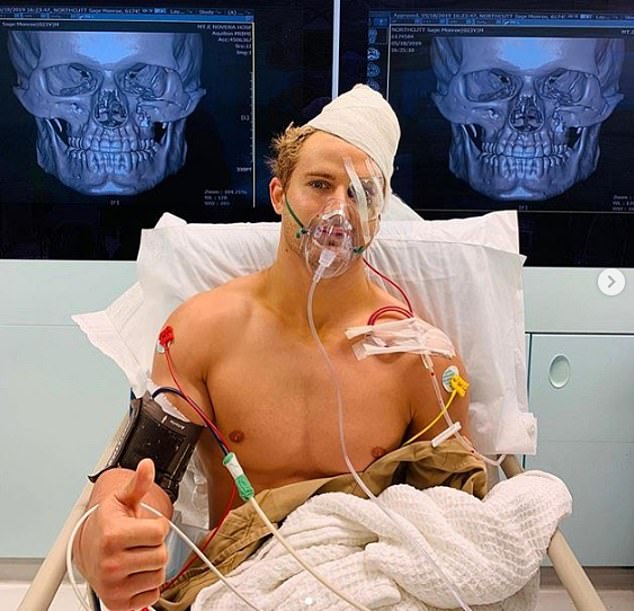 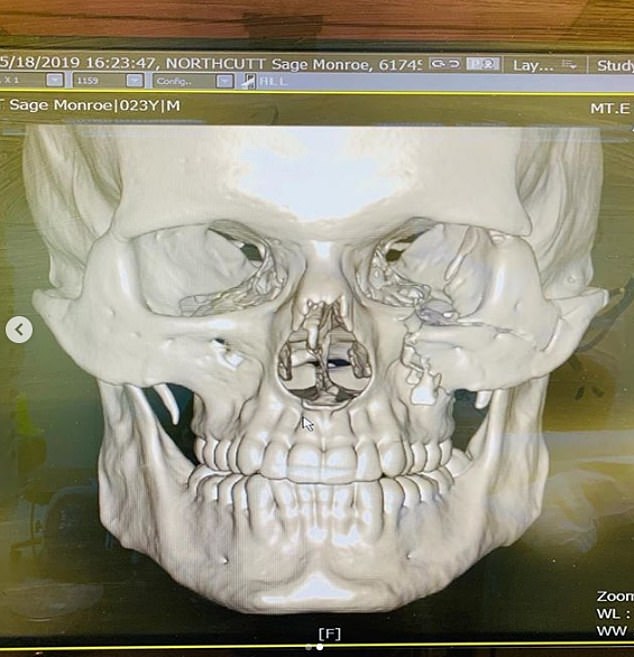 The 23-year-old took to Instagram to share a picture of himself in his hospital bed with an update as to his recovery.

‘Fresh out of surgery,’ he wrote alongside the image. ‘I had eight fractures and a nine hour intense operation.

‘Feeling blessed for the amazing care and all the support from my family, friends and fans! My Terminator face is not too Shabby. ‘I’ll be back!’ Next post is catheter removal… stay tuned.’

Northcutt was one of the brightest young stars in the sport during his early UFC career, shooting to fame after being discovered by Dana White on his talent scouting show Looking For A Fight.

JUST. LIKE. THAT! Cosmo Alexandre knocks out Sage Northcutt 29 seconds into the first round ? @CosmoAlexandre #WeAreONE #EnterTheDragon #Singapore #MartialArts pic.twitter.com/Nh32Z1LNjU

He never quite made the most of his chance in the UFC, winning six and losing two of his eight fights in the promotion.

Despite a three-fight win streak, the UFC opted not to new his contract last year with the growing Singapore-based ONE picking him up.

‘Sage is young and Sage needs some work,’ White said after letting him go. ‘Let him get some work in some other organizations, and we will see where this kid ends up in a couple of years. Maybe we will pick him back up again.’