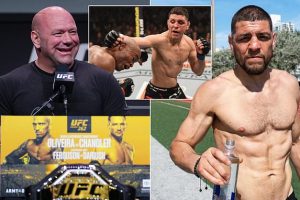 The long-awaited return of Nick Diaz is likely to happen before the end of this year, according to UFC president Dana White.

Diaz, who remains a fan favourite despite his inactivity, has been working hard to get himself back in shape and the 37-year-old even trained with Tyson Fury in Miami recently.

He last fought to a decision defeat by Anderson Silva back in 2015 but White thinks his six years in the MMA wilderness is almost over. 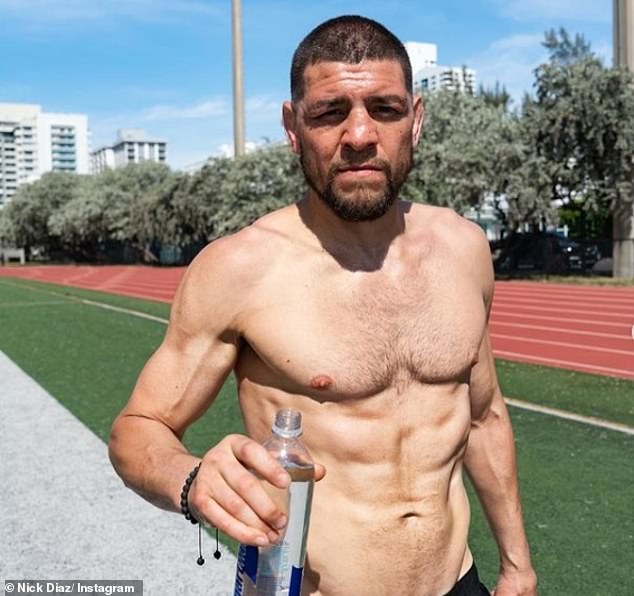 Nick Diaz could make his return to the UFC this year, according to president Dana White 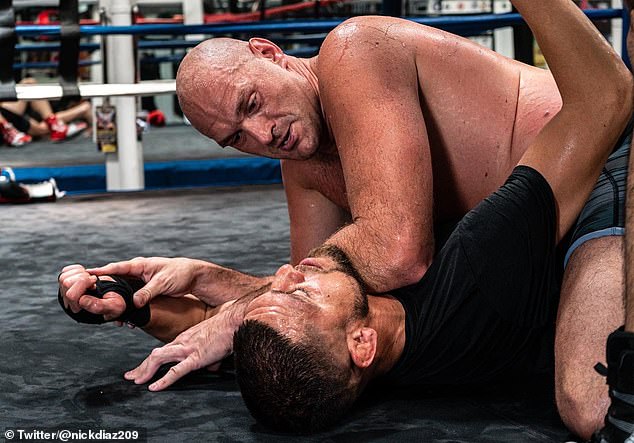 He told UFC Arabia: ‘I wasn’t very high on that. I didn’t think that it would happen but it looks like it will. It looks like Nick Diaz will fight this year.

‘The last time that I saw him in Jacksonville but it looks like it’s going to happen. We’ll see.

‘The matchmakers have [talked to him] but I don’t know where we’re at on it but it’s looking promising.

The Stockton fighter looks in great shape and shared a snap of himself with Fury in Florida recently, labelling the heavyweight the ‘last of a dying breed’.

Diaz’s 2015 defeat by Silva was later overturned after the Brazilian tested positive for banned substances.

Diaz then faced disciplinary action of his own having failed a marijuana test for the third time in Nevada and was initially struck with a jaw-dropping five-year ban. 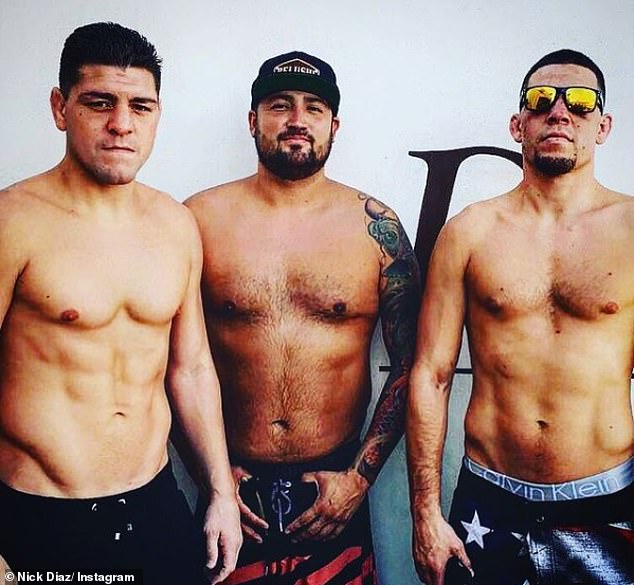 The punishment was later downgraded to 18 months. He was officially cleared to fight again in 2018 but the welterweight has remained on the sidelines.

Nick’s brother, Nate, is competing this weekend in the co-main event of UFC 263 in a five-round non title contest against Leon Edwards.

The victor could well be given the next shot at Kamaru Usman after Colby Covington, who has been lined up for a rematch with the champion.