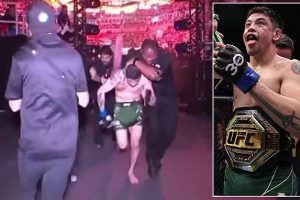 Furious fans in Brazil hurl beer and objects at Brandon Moreno as Mexican is forced to sprint out of arena with security escort, having beaten home favourite Deiveson Figueiredo at UFC 283 to reclaim title

Brandon Moreno was forced to flee the arena in Brazil after beating home favourite Deiveson Figueiredo at UFC 283, shocking footage has revealed.

The Mexican triumphed in the lion’s den in Rio de Janeiro in the early hours of Sunday morning UK time, winning by TKO after doctors called off the fight due to Figueiredo’s eye being unable to open.

And Moreno, who reclaimed the unified flyweight title as a result, had to sprint out of the venue flanked by security to avoid reprisals from furious fans. 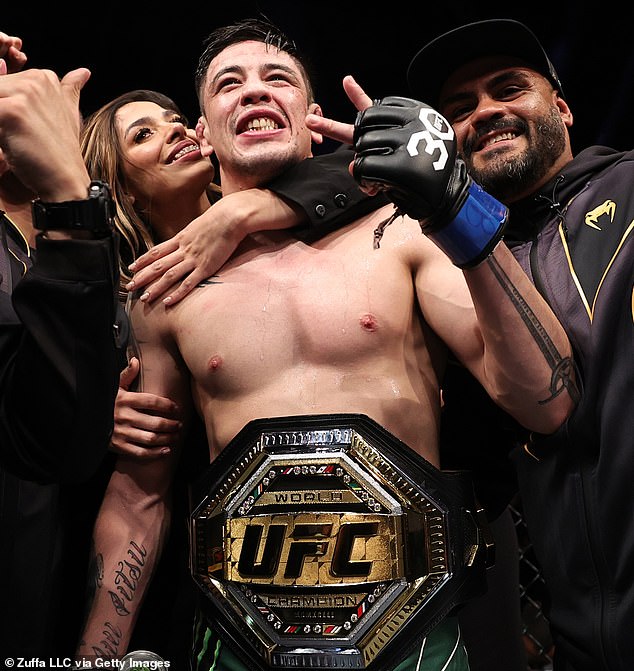 Brandon Moreno, 29, was forced to flee the arena in Brazil after beating Deiveson Figueiredo 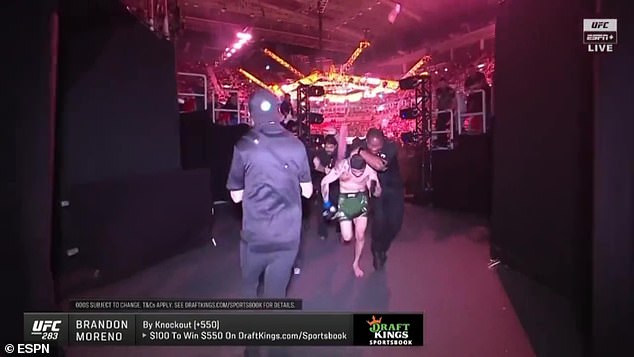 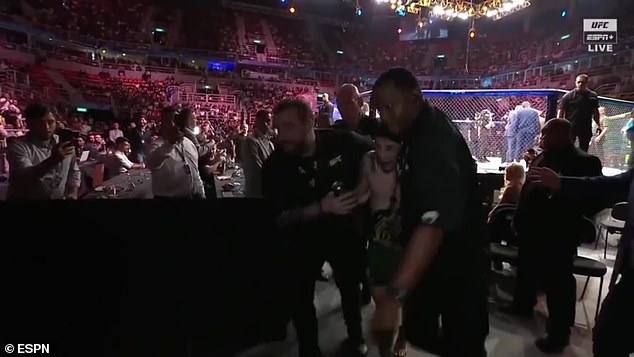 Video released on social media site Twitter shows Moreno being hurriedly ushered out of the arena with beer cups and other objects raining down on him as some in the crowd made their frustration known with the result.

In the clip, already viewed nearly 150,000 times, the commentator says: ‘And now he (Moreno) is getting ushered out of the arena… oh my God, oh my God!’

The Assassin Baby, 29, now 21-6-2, is now undisputed king of the flyweight division after his ‘quadrilogy’ fight against Figueiredo, his fourth bout in the last five against the Brazilian veteran. 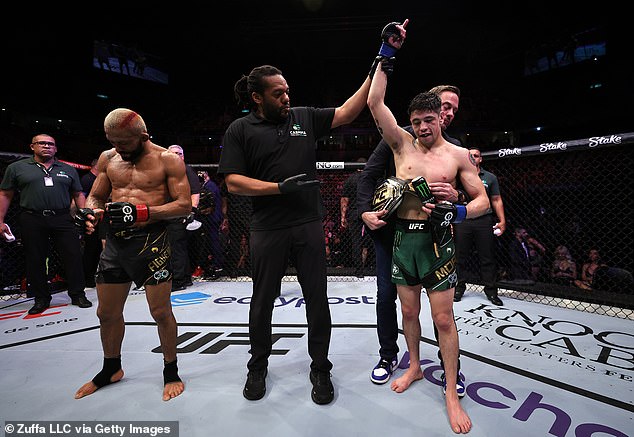 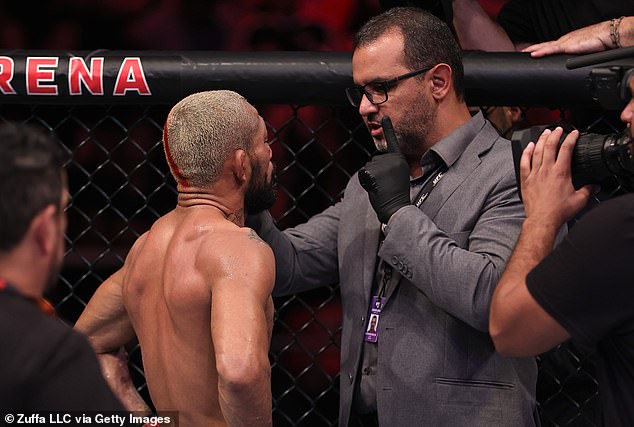 Hill bludgeoned Teixeira into retirement over five brutal rounds as he claimed the vacant belt.