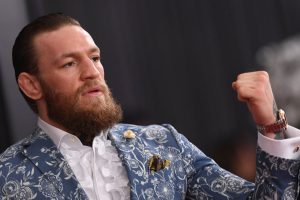 The man punched by Conor McGregor in a Dublin pub has said he will not be returning to the establishment again after the Irish UFC fighter confirmed plans to purchase the bar.

The former two-weight champion has reportedly purchased the scene of where he punched the man for a fee of between £1.4 to £1.8 million.

McGregor added that Dublin resident Keogh, 50, would be barred from the Marble Arch pub under his ownership.

In response to his apparent ban, Keogh told the Irish Mirror: “I’m not really concerned because I probably wouldn’t be going back to it now.

“I wouldn’t be going back anyway, probably especially now. I wouldn’t want to be spending money in his pub to be honest.”

Asked what he thought of McGregor bringing his name back up after having been made to apologise to him, Keogh added: “I didn’t really make much of it. It’s no skin off my nose really.”

McGregor allegedly punched Keogh after he refused to drink a free shot of his whisky brand Proper Twelve.

The Irishman is set to return to the octagon in July after confirming a trilogy fight with Dustin Poirier.

The 32-year-old was defeated by Poirier in his last fight at UFC 257 in January.