Using towels to make his sauna even HOTTER and dreaming about a ‘slush cola’: Go behind the scenes as Jorge Masvidal endures ‘torture’ to lose 20 POUNDS in just six days before defeat by Kamaru Usman

UFC welterweight Jorge Masvidal has revealed the gruelling regime he went through to meet the 170lb limit to fight Kamaru Usman at UFC 251.

Masvidal stepped in at six days’ notice when Gilbert Burns was dropped from the card after testing positive for COVID-19, forcing him to rapidly cut 20lb in order to make weight for the headline bout.

The American, who posted a startling image of himself lying wrapped in hot towels and blankets on a floor in the build-up to his first UFC title fight, has shared shocking footage of his lengthy sauna sessions in his hotel room. 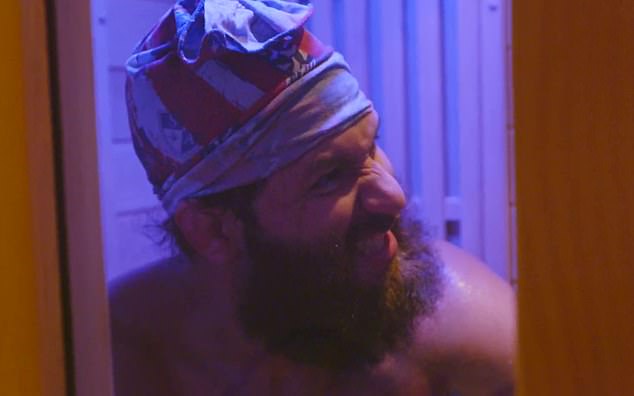 Members of Masvidal’s entourage can be seen placing towels over the top of the sauna in an attempt to block out tiny holes and make the space as hot as possible while the 35-year-old makes his drastic weight loss bid.

He jokes about being ‘sweatier than a Mormon in a doorbell factory’ and speaks of his jealousy at one member of his circle, wrestler Bo Nickal, being able to think about eating cheeseburgers, adding: ‘The craziest I’ll get is a sip of a nice Coca-Cola glass bottle edition. But that slush cola, I want it.’

Masvidal had no hesitation in accepting the challenge of his first shot at a belt, telling a concerned American pundit that ‘god is on my side’. 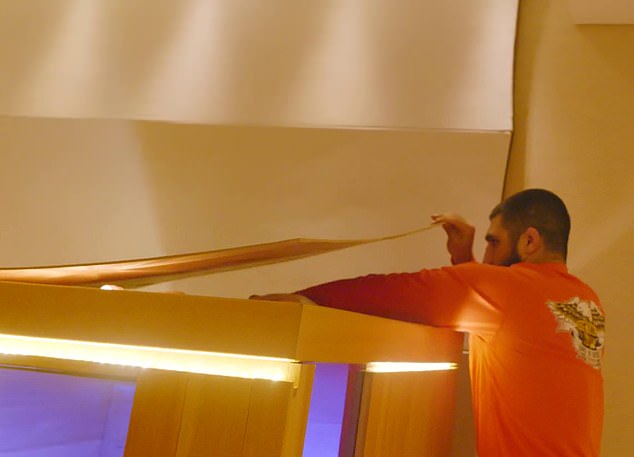 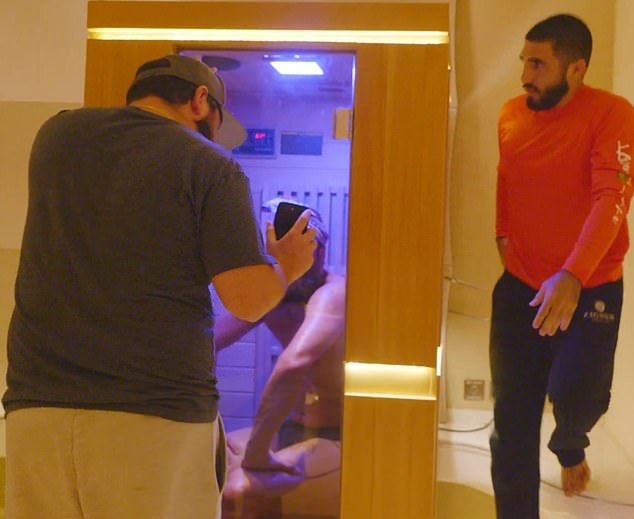 He savours memories of eating nachos and Doritos crisps before debating the accuracy of a scale that was just 0.6 of a pound off, saying: ‘There’s no way I lost one pound. I know for a fact that I lost at least two pounds.’

While Masvidal suffers in the sauna, one of his team can be heard saying: ‘It’s torture.’

They also encourage him to stay in the heat by telling him that he only needs to stay for the equivalent of ‘two more songs, two more lapdances.’

Masvidal justifies his sacrifice by saying: ‘I get to beat up people I don’t like and I get paid for it – and it’s legal.’ 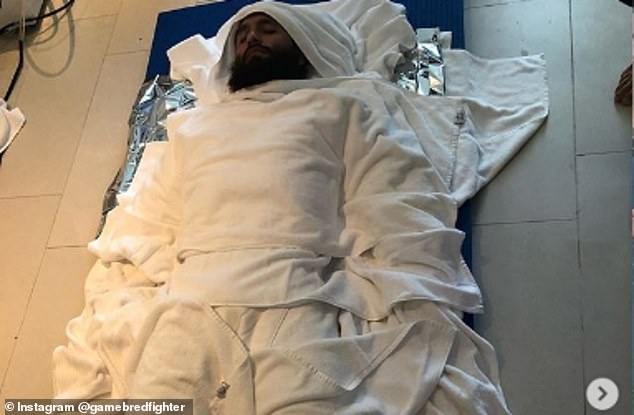 Masvidal shared pictures from his feat with his Instagram following of more than 2.4 million 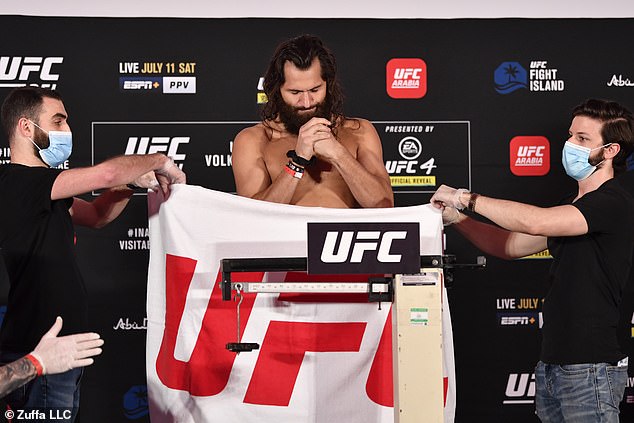 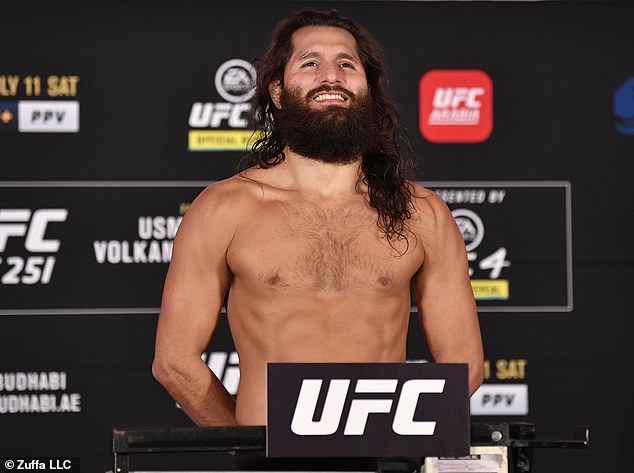 The man known as ‘Gamebred’ had enjoyed three knockout victories in a row and looked supremely confident and surprisingly fresh at the weigh-in, assuring reporters that he was the star name on a bill that earned 1.3 million pay-per-view buys.

He made Usman work for his unanimous victory, striking well in the first two rounds before the champion came into the ascendancy at an ‘octagon in the sand’ with no crowd.

Speaking after the 14th defeat of his 49-fight career, Masvidal said: ‘There were some areas where I felt that, with a better training camp, I could definitely surpass him.

‘The weight cut was tough, like everybody knows. I had a little bit of weight to cut but I’m not going to make excuses.’ 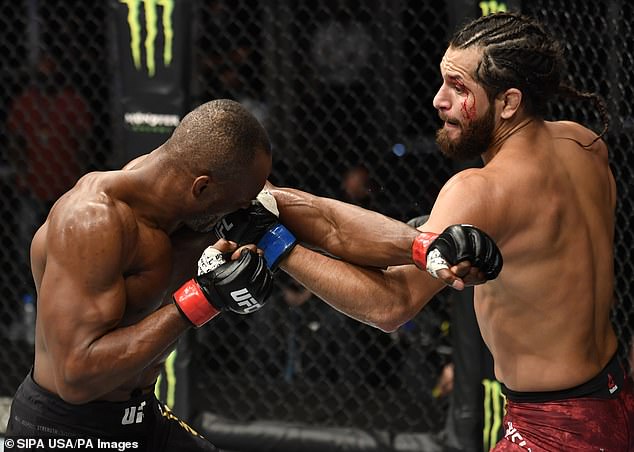 Masvidal (right) performed creditably in the fight, regularly connecting with strikes early on 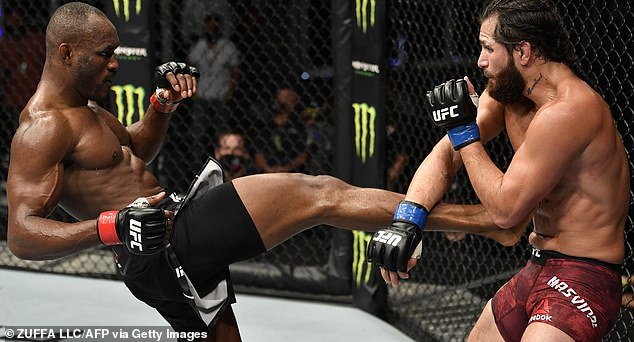