Home » MMA » 'Are you going to fight or run?': Oliveira sends message to McGregor 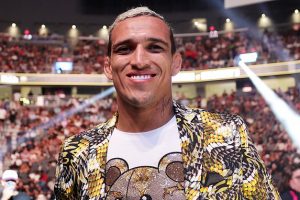 ‘Conor, are you going to fight or run?’: Charles Oliveira sends clear message to McGregor at UFC 276, telling Irishman to ‘sign the contract’ for lightweight title showdown

Charles Oliveira is chasing a fight with Conor McGregor and used his appearance at UFC 276 to send a clear message to the Irishman.

‘Do Bronx’ spoke through an interpreter into the camera and said: ‘Hey Conor, I want this fight, I know you want it too, so are you going to come or run?

‘I know you’re running but I’m here. Are you going to sign the contract or not?’ 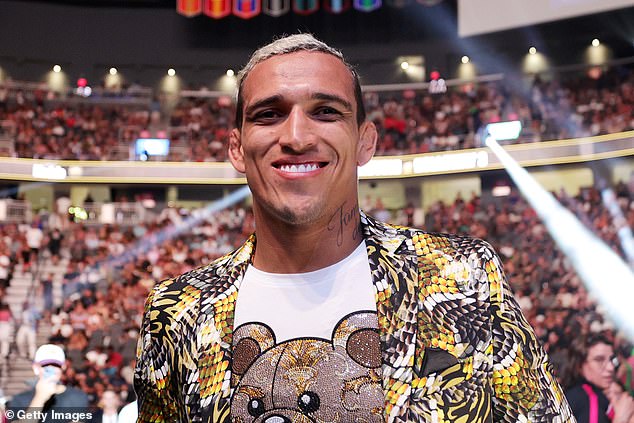 ‘People are talking about it so much. I think they might want it to happen. For me, it’s not specifically. 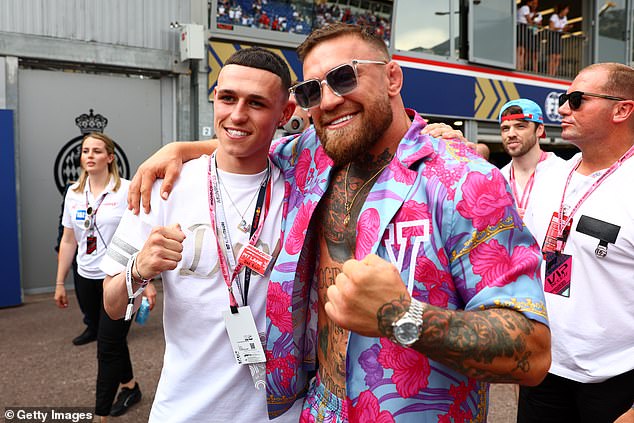 Oliveira wants to fight McGregor next, when the Irishman returns from injury

McGregor is still working his way back from the broken leg he suffered last year against Dustin Poirier.

It remains to be seen who he will fight on his return but it seems unlikely that the UFC would allow him to jump the queue for a title fight.

Islam Makhachev, Beneil Dariush and Michael Chandler all have stronger current claims and Dana White and Co have a decision to make.