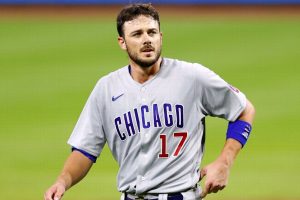 Bryant, who is hitting .267 with 18 home runs and 51 RBIs this season, adds immediate power to the Giants lineup as San Francisco tries to stave off the Los Angeles Dodgers in the NL West.

The move capped a massive housecleaning by the Cubs ahead of the trade deadline, with the team trading away Anthony Rizzo, Craig Kimbrel and Javier Baez, among others.

In yet another move, the Cubs traded outfielder Jake Marisnick to the San Diego Padres on Friday, a source told ESPN.

Bryant was drafted by the Cubs in 2013, winning Rookie of the Year and MVP in consecutive seasons. He helped the team break its 108-year championship drought back in 2016.