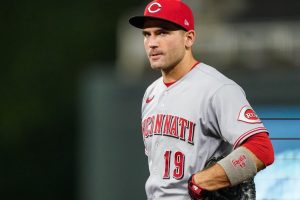 Last season’s 16-team MLB playoffs format with a best-of-three first round drew mixed reviews. Fans seemed to like the bracket-style setup and the elimination of the one-game wild-card matchup, but others feared it was a sign of things to come with an expanded playoffs devaluing the regular season. While an expanded postseason is inevitable due to the money at stake, for at least one more year — barring a last-minute change late in spring training — MLB is going back to 10 playoff teams in 2021.

That will make the “regular season must count” enthusiasts happy, at least until the 103-win San Diego Padres finish second to the Los Angeles Dodgers and then have to face Jacob deGrom and the 89-win New York Mets in the loser-go-home wild-card game, while an 86-win NL Central champion gets a pass into the division series round.

We can debate the merits of the best playoff system another time, but for now let’s consider which of last season’s playoff teams are least likely to return to the postseason. I’ve included the playoff odds for each team my colleague Bradford Doolittle published, based on his projections and simulations, in his initial 2021 MLB Stock Watch in late February.

Here are the six teams least likely to play in October 2021.