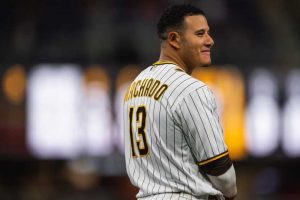 Much ado about Machado.

Manny Machado is, once again, at the center of a baseball debate in Twitter circles, with a controversial slide en route to second base on Sunday lighting the baseball Twitter powder keg.

On a routine grounder to second, Machado was caught in the base path and took out Cardinals utility man Tommy Edman with a questionable slide.

Really, as with most things instant replay, when it’s slowed down to micro-frames, it makes the situation look worse than it is. Truthfully, Machado had a split-second decision to make with Edman entering the base path to get the ball; he stutter-stepped and eventually got down to get out of the way. The collision is a byproduct of a rough-and-tumble baseball play.

Machado checked in on Edman after the collision, and both parties seemed to be in agreement that it was just a hard-nosed baseball occurrence. These things happen. Everyone is cool, no one at fault.

Machado, though, a lightning rod for undeserved criticism and vitriol, stirred the pot with his actions, with fans (and players) debating whether the third baseman was in the clear for his decision.