Home » On Jackie Robinson Day, the baseball world paid tribute to a legend 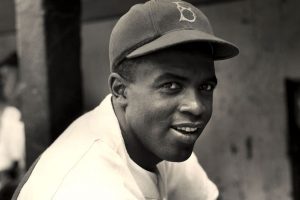 On this date in 1947, Jackie Robinson made his Major League Baseball debut, and in doing so integrated baseball for good. Robinson faced opposition, turmoil, and hatred during his career in the majors, but persevered through it all, winning Rookie of the Year in his first season, MVP in his third and a World Series in his ninth. Despite starting his MLB career far later than most, Robinson would prove himself to be one of the greatest players in baseball history and would be elected to the Hall of Fame in his first year of eligibility.

Every April 15, MLB celebrates Jackie Robinson Day by having every player in the league wear his universally-retired No. 42. MLB players, coaches and teams chose to pay tribute to Robinson in other ways as well.