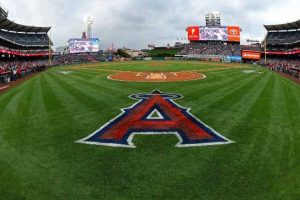 OAKLAND, Calif. — The Los Angeles Angels have hired Phil Nevin as manager for the 2023 season, removing his interim title and giving him a one-year contract Wednesday before the final game of the regular season.

The Angels will miss the playoffs for an eighth straight year. Nevin was promoted from third-base coach when Joe Maddon was fired in June with the Angels mired in what became a club-record 14-game losing streak.

Nevin became emotional and teary before the final game against the Athletics, pausing in the dugout before expressing his appreciation for the opportunity.

“There’s a lot of special people involved in this,” Nevin said.

Keeping Nevin provides some needed stability for Los Angeles heading into an offseason of uncertainty with owner Arte Moreno planning to sell the team.

Superstar two-way player Shohei Ohtani can become a free agent after the 2023 season, potentially leaving the franchise litte time left to capitalize on having him and three-time AL MVP Mike Trout on the roster.