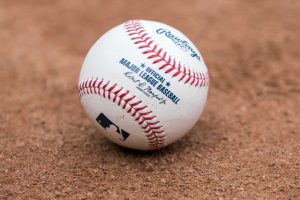 Major League Baseball officials informed owners Thursday that it is engaged in the next phase of league-directed enforcement banning the use of foreign substances by pitchers — which would include 10-day suspensions — two persons with direct knowledge of the meeting told USA TODAY Sports.

The persons spoke on the condition of anonymity because MLB has yet to formally announce how they will vigilantly enforce the rule, but it is expected to take place before the July 13 All-Star Game in Denver.

One potential solution, an official said, is to instruct the umpiring crew to check the glove, cap and uniform of every pitcher who enters the game. If a foreign substance is found, the pitcher would be required to get a new cap or glove, as in the case last week when crew chief Joe West ordered St. Louis Cardinals reliever Giovanny Gallegos to remove his cap when he entered the game against the Chicago Cubs. Gallegos was permitted to stay in the game.

Yet, if a pitcher is caught using foreign substances after being checked, he would automatically receive a 10-game suspension.

MLB has warned teams that pitchers using illegal substances on balls is an issue that it intends to crack down on. (Photo: Jordan Johnson, USA TODAY Sports)

MLB warned clubs in a March 25 memo that illegal substances had become an issue, and that baseballs would be collected to understand the depth and breadth of the problem.

Now, after collecting thousands of baseballs for the first two months, with hundreds having foreign substances and pitchers’ spin rate spiking again, it has become apparent to MLB that the on-field enforcement has not been a deterrent and more disciplinary measures are needed.

"Any chance we get to equal the playing ground is what's necessary," Chicago White Sox closer Liam Hendriks said in a Zoom interview Thursday. "As long as it's even across the field. That's all that I ask for. … We need to make sure that we govern it."

Foreign substances such as pine tar and sunscreen have long been used by pitchers who have insisted it’s used simply to aid their grip. Hitters also have not complained if a better grip means that they will be hit by fewer pitches.

REAL OR FAKE: First-place Mets about to find out what they're really made of

Yet, through the first two months of the season, the hit-by-pitch ratio is the highest it has been in modern-day history.

"Major League Baseball has got a very, very, very tough position here, because there are people effectively, and not even trying to hide, essentially flipping the bird at the league with how they’re cheating in this game with concocted substances.

The foreign substances, hitters say, are a major factor in the league-wide batting average being .236, a record-low, and a record-high 24.2% strikeout rate.

"I think the substance issue is real," Philadelphia Phillies catcher J.T. Realmuto said last month. "I think pitchers are using a lot more substances now than they have in the past. Not just a lot more, but it’s been more effective than it has been. Guys are increasing their spin rate. That’s why there’s so many walks and strikeouts every game because guys are just letting it rip with all the spin. It’s harder to control, but also harder to hit.

"I think if they cracked down on that, that would honestly help the offense a lot, get the ball in play more often, and less swing and miss."

In the words of Shildt, it’s time to end "baseball’s dirty little secret."