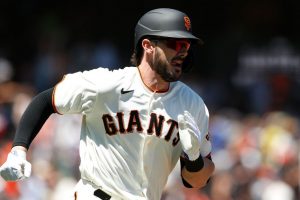 For all of the superlatives lavished on the 2021 MLB trade deadline — amazing, nonstop, best ever! — the reality is that it happened almost by accident. Had the Chicago Cubs not spoiled their season by losing 11 games in a row, they are not shipping off the entire core of their 2016 championship. Were the Washington Nationals not a disappointment for a second consecutive season, they would not have spent Thursday acting like they were conducting a going-out-of-business sale.

And yet there both were, wheeling and dealing, driving the market to places it hasn’t been in years, fomenting a wild final 48 hours that saw 31 deals with major league players consummated. No sport knows how to do a trade deadline like baseball, and with some time to decompress and take in the breadth of what happened, it’s much easier to see themes emerge from deadline madness.