Home » MLB » Correa to the Tigers? Soto in D.C. for life? Bold offseason moves every MLB team should make 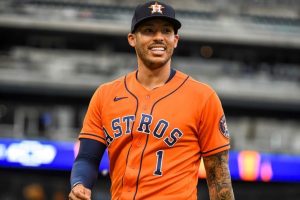 Here’s how to win the offseason: Spend a lot of money. In the constant swirl of the sports news cycle, that’s as good a proxy for aggression as anything. Right?

Well, no. While stingy owners should often be taken to task for their frugal ways, we simply cannot say that spending big equals winning big. There are just too many examples to the contrary, even if spending so often becomes the prism through which we consider a team’s activity.

That’s a little prologue for today’s concept, which is to identify one bold move for every team. The obvious and easy thing is to say something like, “The Cubs should give Carlos Correa $350 million.” We’re going to shy away from the obvious and easy. Boldness can take many forms, and high-level spending is only one of them.

What form should boldness take for your team? Let’s explore.

During his comments to reporters on the Diamondbacks’ offseason, general manager Mike Hazen kept emphasizing the fact that Arizona won 52 games. The point was clear: There is a long way between there and contention, and it’s really difficult to make up that ground over the course of one offseason.