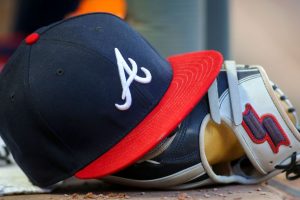 The Atlanta Braves called up top prospect Vaughn Grissom to the majors on Wednesday in a series of moves that included placing second baseman Orlando Arcia on the 10-day injured list because of a strained left hamstring.

The 21-year-old Grissom, an infielder, has hit .324 with an .899 OPS at two levels of the Braves’ minor league system and is currently with Double-A Mississippi, where he was hitting .363 in 22 games. He has 14 home runs and 67 RBIs in the minors this season.

This is the second time this season the Braves have called up their top prospect from Double-A to the majors. In May, the Braves recalled center fielder Michael Harris II from Mississippi. He has hit .288 with 10 homers and 34 RBIs in the big leagues and has played stellar defense in center field.

Arcia suffered the injury running to second base in the 10th inning of the Braves’ 9-7 11-inning victory over the Boston Red Sox on Tuesday night.

In addition to placing Arcia on the IL, the Braves reinstated right-handed reliever Kirby Yates from his rehabilitation assignment. Yates is returning from Tommy John surgery for the second time. He had the most recent surgery in March of last year. He had a 1.08 ERA over 8⅓ innings pitched in eight appearances during his rehab assignment.

The Braves also reinstated infielder Mike Ford from the IL and designated him for assignment, and transferred outfielder Adam Duvall to the 60-day IL. In addition, right-hander Huascar Ynoa was optioned to Triple-A Gwinnett following Tuesday night’s game.

The Braves (65-46) are in second place in the National League East standings but hold the NL’s top wild-card spot.