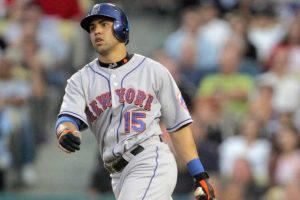 The power of the thunder and lightning that accompanied the release of the class of the 2022 Hall of Fame ballot — and the discussion about the ballot and the reveal of the final vote totals — will be turned down a few notches when we do this all again next winter.

For one thing, the controversial 10th-year trio of Barry Bonds, Roger Clemens and Curt Schilling is off the ballot. And the newcomer class doesn’t have nearly the same level of intrigue as the class of 2022 newbies. It would have been tough for anyone to top the level of debate sparked by the arrival of Alex Rodriguez and David Ortiz, but the only newcomer with a shot at being elected isn’t free of controversy.

Let’s take a look at the potential class of 2023 ballot newcomers. The ballot, by the way, is typically released in mid-to-late November, with ballots due to be postmarked by Dec. 31.

Has the numbers to get in

Carlos Beltran, OF. Beltra had a long and productive career. He’s right near the career bWAR for the “average” Hall of Fame center fielder — he’s at 70.1, the average is 71.6 — and he’s one of only five players in MLB history with at least 400 homers and 300 stolen bases; he had 435 and 312, respectively. The others are Willie Mays, Andre Dawson, Barry Bonds and Alex Rodriguez. He was an All-Star Game regular, with three Gold Gloves and MVP votes in seven seasons (though often down-ballot).

But it’s not that simple with Beltran. He was heavily involved in the sign-stealing scandal that marred the Astros’ 2017 World Series title, and that will impact his chances. I wrote more about that here.

Definitely on the ballot

Francisco Rodriguez, CL. The Hall door seems to be cracking open to relievers, so here’s the question: Has it been forced open wide enough for K-Rod to gain entry during his allotted 10-year span on the BBWAA ballot? If you’re of the thinking that the Hall shouldn’t have only inner-circle closers (Mariano Rivera, Trevor Hoffman, Dennis Eckersley, etc), Rodriguez makes a compelling case. He’s fourth on the career saves list — ahead of Cooperstown residents Eckersley, Rollie Fingers and Bruce Sutter.

And the Angels absolutely don’t win the 2002 World Series without K-Rod as a rookie; he threw 8 2/3 innings of relief in four World Series games! He also had 15 more saves than Billy Wagner, who received 51 percent of the vote on this year’s ballot. I am genuinely fascinated to see what his first-year vote totals look like.

John Lackey, SP. Speaking of that 2002 World Series, the Angels don’t win without Lackey as a rookie, either. He started Game 7 on three days rest — remember, as a rookie! — and held the Giants to one run in five innings. Lackey was a reliable, durable workhorse during his career, but the Hall of Fame ballot is probably as far as his Cooperstown journey goes. His 37.3 career bWAR is tied for 207th all time for starting pitchers, with Bullet Joe Bush and Guy Hecker; the average bWAR for Hall of Fame starting pitchers is 73.0.

Jacoby Ellsbury, OF. The left-handed hitter had some really good years, including his second-place finish in the 2011 AL MVP race and his three seasons with at least 50-plus stolen bases. He’s the only AL player since 1997 with at least 70 stolen bases in a season (2009). Any outside shot at a second-half-of-the-career Cooperstown run ended when it was clear that his time with the Yankees was going to be disappointing, at least, and a debacle at worst.

Jayson Werth, OF. His impact on the field — what he did to establish the Nationals as contenders in D.C. — isn’t necessarily reflected in his statistics. His late arrival as a regular in the big leagues made any sort of legitimate Cooperstown run unrealistic; he had just 825 MLB plate appearances heading into his Age 28 season with the Phillies. He almost certainly won’t reach the minimum to stick around, but he definitely deserves to be on the ballot.

Jonathan Papelbon, CL. Again, the question is, where’s the line for closers? Papelbon spent 10 years as a dominant closer — 2.33 ERA, 10.2 K/9, 0.999 WHIP — and he’s 10th on the all-time saves list. But he only threw 725 2/3 innings, more than 300 fewer than any other pitcher in the Hall of Fame who spent most of his career in the NL/AL; Bruce Sutter, with 1,042 innings, is currently at the bottom. He should be on the ballot, but putting Papelbon in the Hall would require a MASSIVE rethinking of what a Hall of Famer is.

Probably on the ballot

Jered Weaver, SP. Weaver, who was a rotation stalwart for the Angels for 11 seasons, had an outstanding career, with three top-five Cy Young finishes and a career 3.63 ERA. His spot on the ballot would be well-earned.

Coco Crisp, OF. Besides having an all-time name, Crisp had a better career than you might remember. He’s one of only 41 players to finish his career with at least 130 homers and 300 stolen bases, and he had six seasons with a bWAR or 3.0 or higher. Not a Hall of Famer, but worthy of a spot on the ballot.

J.J. Hardy, SS. If you’re building a team, you’d want a shortstop with a little pop in his bat — Hardy had five seasons with at least 22 homers — and who is a defensive asset, and Hardy won three Gold Glove awards.

Mike Napoli, 1B/DH. The dude could hit a baseball a long way. Napoli had eight seasons with at least 20 homers and finished with 267 in his career, plus eight more in the postseason.

R.A. Dickey, SP. His story is pretty amazing. Dickey turned to the knuckleball and revived his career; he made more than 15 starts for the first time in his Age 35 season, and from that year through the end of his career he threw 1,631 innings with a 3.66 ERA, and he won the 2012 NL Cy Young award.

Potentially on the ballot

Bronson Arroyo, a mainstay in the Reds rotation for nine years — at least 32 starts in eight of them — absolutely deserves a spot on the ballot. When Aaron Hill was good, he was very good — three seasons of a 5-plus bWAR, three seasons with at least 26 homers is outstanding for a second baseman — but he fought injuries much of his career and finished with a 24.4 bWAR. Ubaldo Jimenez’s ERA from 2006 to 2010, playing for Colorado, was 3.52. His ERA from 2011 to 2017 was 4.85. A spot is not certain.

A solid outfield starter for the Dodgers for a decade, Andre Ethier was done as starter by his Age 34 season. Beloved catcher Carlos Ruiz was huge part of the success of those outstanding Phillies teams from 2007 to 2011. Again, closers: Huston Street had 11 consecutive seasons with at least 16 saves, including five with at least 33.