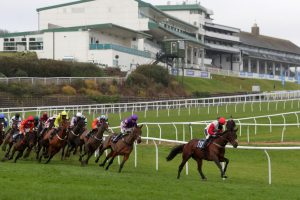 The Welsh Grand National has won its latest battle with the weather to go ahead on Saturday.

The feature meeting at Chepstow was given the green light following a morning inspection.

Excess rain originally caused the race to be abandoned on December 27 and the cold snap was the latest threat.

Frost covers, totalling 5,000 metres, were placed on the track – and they needed more than 400 hours of work to do the job.

What time is the Welsh Grand National?

How can I watch the Welsh Grand National?

A total of 18 horses will go to post and the ground is soft.

Which horse is favourite?

In 2019, Potters Corner became the first Welsh-trained horse to triumph since 1965.

Two local trainers, Evan Williams and Rebecca Curtis, will be hoping to follow it up with three runners in total.

Williams trains the favourite with the bookmakers Secret Reprieve, who won a trial race at Chepstow last time out.

The seven-year-old is around 7-2 to land his third career success.

What is the prize money?

Connections of the winning horse receive £85,425.

Which horse is Mirror Racing's tip?

Tipster Newsboy has selected Springfield Fox. His summary can be found here.