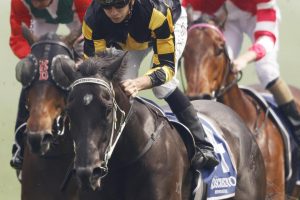 Trainer Brett Cavanough is expecting emerging star It’s Me to be back on track in the next three months as The Kosciuszko winner continues a swift recovery from a tendon injury.

The unbeaten four-year-old hasn’t raced since she flashed home to score in the $1.3 million country feature on The Everest day during the spring.

She was found to have a tendon issue following the success and was immediately put out for a spell by connections.

It had been hoped she could return to be a factor again in 2021 and the daughter of Shamus Award has continued to impress in her recovery.

“She has passed all her scans and is just having a spell now,” Cavanough said.

“I reckon we will see her in three months time but we definitely don’t have a plan with her.

“It’s more likely that we will just give her a trial and see from there.”

It’s Me is still lightly raced and has four wins from as many starts to begin her career.

She had been touted as a potential The Everest contender in 2021 following her success in The Kosciuszko but Cavanough has no plans for It’s Me over the next 12 months and is keen just to see his sprinter back to her best.

Bookmakers TAB.com.au rate It’s Me as a $21 chance for The Everest while she is $51 in TJ Smith Stakes betting.

With his star galloper on the road back, Cavanough also has plenty to look forward to with the talented Pinnacle Prince.

The son of Hinchinbrook added a second consecutive Highway Handicap to his name when toughing it out to score at Randwick on Saturday.

The colt is eligible for the Country Championships but Cavanough isn’t likely to chase a start in the upcoming series which starts next month.