Stars out in Sandown feature 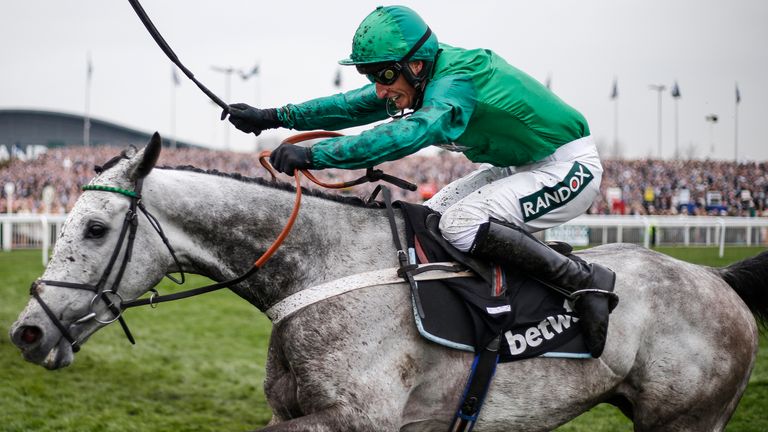 Two leading contenders for next month’s Ladbrokes Trophy at Newbury lock horns in the 188Bet Future Stars Intermediate Chase at Sandown on Sunday.

The Nicky Henderson-trained Terrefort won two Grade Ones as a novice over fences last season and also filled the runner-up spot in the JLT Novices’ Chase at the Cheltenham Festival in March.

The five-year-old grey is a general 8-1 favourite for the Ladbrokes Trophy – formerly the Hennessy Gold Cup – at Newbury on December 1 – and those odds are likely to contract if he can make a successful reappearance in a race won by esteemed stablemate Might Bite last season.

Speaking in his Unibet blog, Henderson said: “We won this race with Might Bite last year, so this looks an ideal starting point for him and we’ve had it in mind for quite some time.

“He was a complete revelation last season as he arrived here from France and to be honest, he showed me absolutely zilch at home so I was more than pleasantly surprised by the way he won at Huntington on his debut for us.

“He then followed up in the Scilly Isles and was exceptional at Aintree in the spring.

“The Ladbrokes Trophy is where we want to end up and this should be a good place to start off.

“He’s very lazy at home so I’d expect a little improvement, but he’s tough and gutsy.”

Colin Tizzard’s Elegant Escape is a best-priced 10-1 second-favourite for the Ladbrokes Trophy.

The six-year-old finished third behind Terrefort in the Mildmay Novices’ Chase at Aintree in April and renews rivalry this weekend.

Tizzard said: “We haven’t run him yet this season because of the going – the ground has been a big issue for the last three weeks, but we hope to run if the rain gets up that far.

“The plan is to go for the Ladbrokes Trophy. I think for a race like the Ladbrokes, it is important to have a run.

“Newbury are putting on a gallop 10 days before and we have Sizing Tennessee and a couple of others for it, but we would just like to have a race.

“We were going to go to Wetherby for the Grade Two hurdle Native River finished second in the other year but the ground got tight. We have just been protective as he is a big, heavy chaser.”

He added: “Native River won it and this one is on a par with him at this stage.”

The Nick Williams-trained Coo Star Sivola and Tom Lacey’s Thomas Patrick, who are also in the Ladbrokes Trophy, complete the small but select field for the Listed contest.