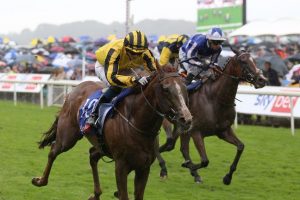 Sonnyboyliston hung on to give trainer Johnny Murtagh a second victory in the Sky Bet Ebor at York.

The handler sent out Mutual Regard to win the handicap feature back in 2014, and Sonnyboyliston (10-1) fended off Quickthorn to once again take the prize back to County Kildare.

Jockey Ben Coen bided his time through the early stages, sitting in mid division while Blue Cup and Humanitarian raced a couple of lengths clear at the head of affairs.

It looked as though Blue Cup had a handy advantage at the top of the straight, but he quickly dropped away, leaving Quickthorn in front.

However, Coen was poised to challenge down the middle of the track – and he edged in front in the final furlong, with 16-1 shot Quickthorn giving his all but eventually falling just short in a photo. Alounak kept on for third, with Shanroe fourth. Favourites Ilaraab and Mt Leinster both finished down the field in heavy rain on the Knavesmire. 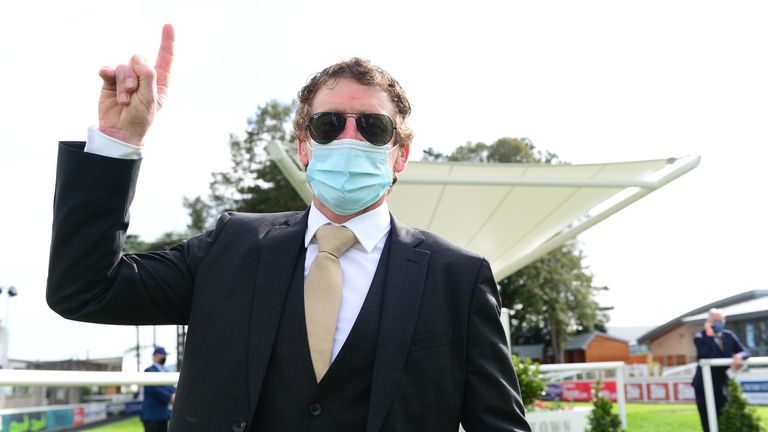 “It’s knowing the kind of horse it takes to win these races – when I’m doing the entries now I’m going back to my experience as a jockey.

“The last time he ran here he ran very well. That was a good race, although they went a bit slow and he got a bit outpaced, but I loved the way he came home.

“He’s out of a good staying mare, he’s by Power – and fair play to Ben Coen too.”

Sonnyboyliston may have set up an even bigger international target later this year.

Murtagh added: “That (the Melbourne Cup) was the plan – but I’ve got him in the Irish Leger (first), and we’ll have to seriously think about that.”

Coen said: “It’s unbelievable. I thought I might have been a bit far back in the first half of the race. But I just managed to get him relaxed and go through it nicely, which he did.

“He picked up so well three (furlongs) out, and he’s a good stayer. When he got there he ran around a bit – but it’s an unbelievable race to win.”