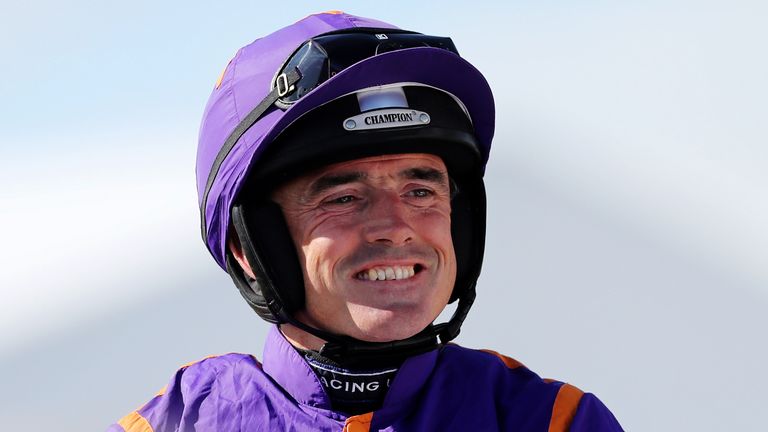 Ruby Walsh is hoping at least one “superstar” can emerge from Willie Mullins’ exciting team of novice hurdlers for the new campaign.

Ireland’s perennial champion trainer saddled the first three home in the Champion Bumper at the Cheltenham Festival in March, and repeated the feat in the corresponding race at Punchestown the following month.

Blackbow was considered the best of the bumper brigade, heading to Cheltenham, but could only finish fifth as the mare Relegate, Carefully Selected and Tornado Flyer filled out the first three places.

At Punchestown, it was Tornado Flyer who came out on top – with Blackbow second, Carefully Selected third and Relegate only seventh.

Walsh, Paddy Power’s racing ambassador and a columnist with Paddy Power News, said: “Blackbow was a big, lean individual last year, but he looks a stronger horse this year.

“He’s got a lot of natural ability; he’s a great jumper and he was one of many very good bumper horses we had last season.

“Like Carefully Selected and Tornado Flyer, his connections are entitled to be looking forward to the year ahead.

“Carefully Selected is not the most flamboyant at home, so we can’t wait to go jumping with him. He ran a blinder at both Cheltenham and Punchestown last season, and he was always going to be a better jumper than he was a bumper horse. He’s a horse with a huge season ahead of him.

“The three of those all look Ballymore or Albert Bartlett type horses – but I didn’t think Champagne Fever would be a Supreme Novices’ Hurdle horse, so who knows?

“Those three horses are the ones I’m most looking forward to riding on the novice hurdle front. I hope there’s a superstar among those three.”

Despite her hiccup at Punchestown, Relegate is expected to head down the Mares’ Novice Hurdle route this season.

“She’s a highly-talented filly – and before she won at Cheltenham, she beat Colreevy at the Dublin Racing Festival at Leopardstown,” said Walsh.

“She’s an exciting horse, and anybody would be delighted to go jumping with the Cheltenham Bumper winner.”

The Closutton dogs have been barking Annamix’s name for a long time – and although he missed last season through injury, Walsh is expecting him to take high rank in the novice hurdling division this season.

Quick Grabim has won his last two starts at Listowel and Tipperary and looks set to step up to Grade One level on his next start, while Walsh has identified Stay Humble as a dark horse for staying novice hurdles.

He added: “We think Annamix is a good horse and hope he retains all of his ability. He did do some nice bits of work 12 to 14 months ago, but we haven’t done anything serious with him so far this season.

“I’d imagine Quick Grabim will be heading the Royal Bond (Fairyhouse) direction. He’s an improving horse with plenty of experience, and he’d definitely be in the top bracket of our better novice hurdlers.

“Stay Humble has started to mature and now looks a good bit stronger. He came with a big reputation – and while he didn’t quite live up to it last season, he’s starting to show us what he was supposed to have at home lately.

“He’s a galloper and he stays really well, so he might be an Albert Bartlett type horse.”

Mt Leinster made a huge impression when winning by 22 lengths on his Ballinrobe debut, and connections already have one eye on the Champion Bumper.

“Of the bumper horses we ran during the summer, he’s probably the horse which sticks out the most,” said Walsh.

“He’s put his name as first on the team sheet as a Cheltenham Bumper horse – but looking through the yard, we’ll have plenty to challenge him for that position come March.”