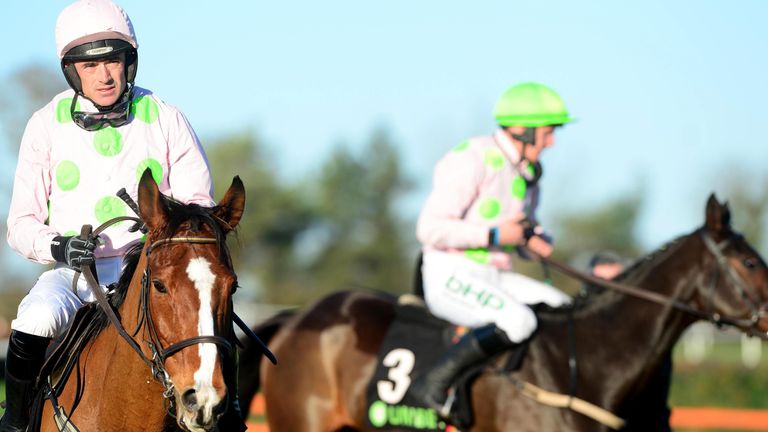 Ruby Walsh believes Faugheen still has plenty left to give, despite his surprise defeat in the Morgiana Hurdle at Punchestown.

Walsh has admitted he may have made mistakes on the star hurdler, who was bidding to repeat last year’s victory in the Grade One feature.

Sent off the 2-5 favourite in a field of four on Sunday, Faugheen was found wanting when his Willie Mullins-trained stablemate Sharjah pulled away from the final flight to land the spoils by seven and a half lengths.

Walsh suspects the key may be to step Faugheen back up in trip.

“I still think there’s plenty of life left in Faugheen, whether it be over two and a half or three miles,” he told www.news.paddypower.com.

“His form is way better over three miles, and that’s the way he rode on Sunday – like a horse who just wanted a trip. There’s lot of good races over three miles as well.”

Walsh, a columnist with Paddy Power News, was nonetheless disappointed by the result.

“You’re never going to get any better if you don’t realise you’re making mistakes,” he said.

“I set out on Faugheen doing what I thought was right on paper, but it didn’t work out. You can’t live your life in hindsight and you can’t change what’s gone by. You can only go forward.

“Faugheen had been showing plenty of spark at home, and I thought there would be more of a turn of foot. Maybe Willie is right – maybe we did too much for the first mile of the race.”