Home » Horse Racing » Road To Respect in Down Royal frame

Road To Respect in Down Royal frame 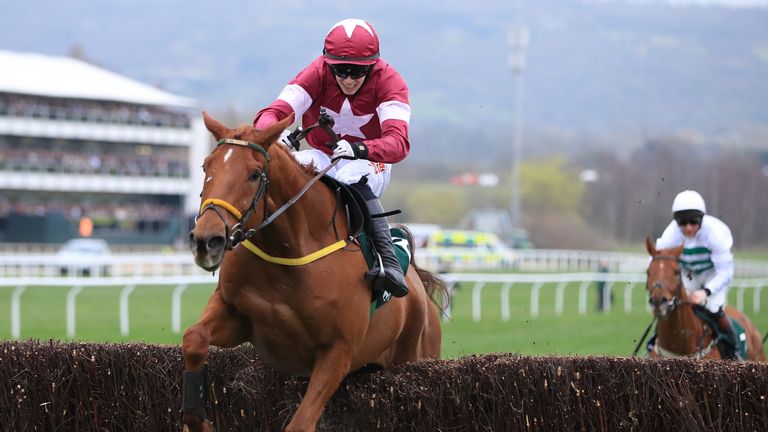 A total of 14 horses are in contention for the JNWine.com Champion Chase at Down Royal on Saturday after Road To Respect was supplemented for the Grade One showpiece.

Trained by Noel Meade for Gigginstown House Stud, the seven-year-old enjoyed a fine campaign last season, winning the Leopardstown Christmas Chase and finishing fourth in the Cheltenham Gold Cup and third in the Punchestown equivalent.

He is one of eight possibles for the three-mile contest in the Gigginstown colours, which include last year’s winner Outlander, trained by Henry de Bromhead.

The British challenge is headed by Mark Bradstock’s 2015 Gold Cup hero Coneygree, while Paul Nicholls can call on the prolific Black Corton and Clan Des Obeaux.

Shattered Love is one of Gordon Elliott’s entries, but the mare appears more likely to run in the Grade Two MyCarNeedsA.com Chase on the same card. The seven-year-old won Grade Ones at Leopardstown and Cheltenham last term.

Leading the opposition to the Elliott runner in the nine-strong field is the De Bromhead-trained Monalee, who is a Grade One winner in his own right.

Nicholls, who has a tremendous record in the race, is represented by Cyrname and Dolos.