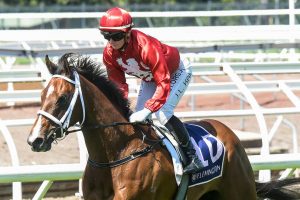 Won first-up at Pakenham last preparation then far from disgraced in Listed grade thereafter. Jamie Kah riding less than 48 hours before her Sydney Group 1 mission. Must be fancied.

Improved markedly second-up last preparation and from the rails draw with Jye McNeil in the saddle should be right in the finish.

Took three starts to get on the board — running second each time — but led all the way to win last start at Pakenham by five lengths. Will be short and winning again.

Been around the mark in two starts since a break. Gets her chance again and proven at the trip. Go both ways.

Winner third-up previously and form jockey booked to ride. Favourite Falls looks hard to beat but certainly one for the exotics.

Rode a treble at Pakenham last Thursday night and despite only the three rides should be prominent.