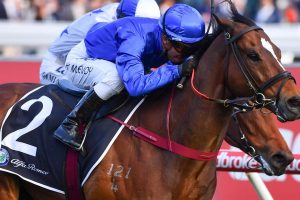 TAB tipping expert Nick Quinn gives his suggested bets for the feature races at Eagle Farm and Hawkesbury on Saturday.

LAY OF THE WEEK

A strong edition of the TAB Victory Stakes with three runners in single figure odds.

Trekking resumes after an unplaced run in the Group 1 Winterbottom Stakes as an odds-on favourite.

He has trailed impressively twice in the lead-up to his return, firming from $2.70 into $2.60.

If Trekking can produce his best, he is the one to beat.

Second-elect Fasika has also attracted early interest, backed from $4 into $3.70.

The Joe Pride-trained mare won first-up at Randwick at Group 2 level and stays at 1200m where she has won four times from eight attempts.

Garibaldi is a fascinating runner from the Tony Gollan stable.

He won on debut at Eagle Farm in February 2019, then went winless in his next 13 starts.

He then turned his form around winning four in a row, all as a heavily-backed market leader.

Garibaldi looks over the odds at $8.50 and you can make a case that he is a better bet to run the place than Trekking the win.

THE TIP: TREKKING the win.

Trekking has been supported to take out the Victory Stakes.Source:AAP

One of the most popular gallopers across the country on Saturday is Ellsberg in the Hawkesbury Guineas.

The Gerald Ryan and Sterling Alexiou-trained colt bolted in when resuming at Randwick and looks well placed to make it back-to-back victories.

It was a perfectly-judged frontrunning ride by Tim Clarke, who glided across to the front and dictated. Expect to see similar tactics employed here.

There has been early money for consistent filly Elizabeel who has been $11 into $9.

Team Snowden’s Aim is worth including in multiples at double-figure odds.

He caused an upset winning the Magic Millions Guineas at $34 and is always a threat on good ground, which he’ll get here.

THE TIP: ELLSBERG the win.

Ellsberg bolted in when resuming at Randwick and can make it back-to-back victories.Source:Getty Images

An open edition of the Hawkesbury Gold Cup with Royal Celebration backed from $4.60 into $4 since the barrier draw to head the market.

Trainer Ron Quinton won the 1985 Hawkesbury Gold Cup as a jockey and saddles up Royal Celebration.

Royal Celebration caught the eye last week at Randwick when he finished third behind Rocha Clock.

Second-elect Greysful Glamour drops in grade with all of her runs this campaign in Group races and the All-Star mile.

James McDonald nearly pinched the Emancipation two starts ago with her customary bold frontrunning performance but she has been well held in her other three runs.

Despite the easier assignment there are question marks about how well she is going this campaign.

The runner at longer odds who I can make a case for is Surreal Image.

He was scratched for a winnable race in Adelaide in preference for this and at $19 the win and $4.60 the place. is worth a small play.

Originally published asQuinny’s mailbag: Why punters should be Trekking north