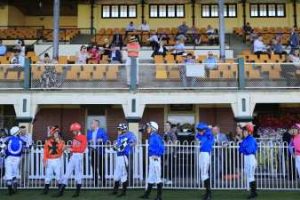 Selections based on a good to soft track.

5. November Rhythm was well in the market on debut at Canberra and hit the lead after a wide run before being reeled in late and missing a place. Fitter for that, drawn ideally and showed ability on soft ground in trials. Sure to go close. 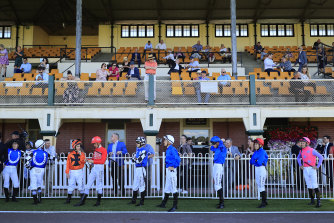 Dangers: 4. New Republic is an interesting debutant who trialled a couple of times back in August but hasn’t been seen publicly since. Trained locally and any market moves should be respected. 1. Barney Rabble raced handy all the way when resuming in an 810m scamper on a heavy 10 at Coffs Harbour and fought on well to run second.

Blinkers on, wide draw some concern but worth including in the chances. 3. Meerut could be a big improver on his only start at Muswellbrook. He drew wide and stayed wide before weakening. Better gate this time and may lift.

7. Adulting is a bit on the short side but she’s found a winnable race first-up for a year. Started $3.50 on debut at Warwick Farm but was safely held. Pulled up with an injury so given plenty of time and two trials have been sound. If all is in order she’s the one to beat.

Dangers: 9. Smart Sophia is a late starter but she hit the line well on debut at Port Macquarie and might appreciate the extra ground. Was a bit wayward in the straight so open to some improvement. 5. Rapid Reload is another coming off a long break.

His debut was in October 2020, and he finished a solid second in a Hawkesbury maiden. Can’t get a great line on his two trials but keep safe. 3. Gorshin is a 13-start maiden who has run some handy races but still chases that breakthrough. Fitter for two trials and has drawn nicely so is worth some thought.

5. Jawaani is a nicely bred filly whose two recent trials suggest she’s ready to run a big race on debut. She’s been given plenty of time but like that she’s kicking off at 1400m from a soft gate, so she will get every chance.

Dangers: 1. Blue Jager is likely a big improver on what she showed first-up at Gosford where she drew wide and had no luck but was only beaten a couple of lengths. Plenty of ticks here with the extra trip, a better gate and added fitness.

2. Tinnie Winnie is a big watch. While her trials haven’t been anything special they have been at 1000m and this is 1400m so no surprise if she shows a lot more under race conditions. 12. Nullify struck a wet track for the first time and broke into the placings at Wyong third-up. Monitor conditions and if it’s wet again she could be in the finish.

9. The Replicant did enough on debut at Warwick Farm to say he has some ability and is looking for a bit more ground. Specked at big odds, he found the line late to be beaten four lengths at 1200m. Less depth here, he can run well.

Dangers: 11. Star Of Adelaide was supported in betting at debut at Nowra and arguably should have finished closer than fifth beaten two lengths. Better for it and while drawn wide he’s worth a look. 8. Paternal has trialled nicely ahead of his debut, winning one a month ago then an easy time in the latest two weeks back. Should appreciate the trip fresh and warrants respect.

1. Celtic Harp comes through the same race as The Replicant, finishing one place ahead of him. Has been largely disappointing so far but chance to improve up in distance.

How to play it: The Replicant E/W

1. Capri Lane is fresh from a heavy track win at Tuncurry in early December, defying a betting drift, and is sure to give another big sight on the speed, especially if there’s rain around. Tuned up with a trial win at the start of the month and is a good chance.

Dangers: 5. Herzegovina has a handy second-up record and resumed with a nice second at Gilgandra over 1100m. Better off this sort of trip and can settle closer to the pace. Has a solid chance. 6. Windsweep ran on okay second-up at Warwick Farm then sat handier and didn’t finish it off at Wyong last time.

A bit inconsistent but drawn to be patiently ridden. Keep in mind. 7. Lady River comes up in distance but her two city failures should be overlooked when assessing her here. Solid winner at Scone before them, drawn well and handles all conditions. Each-way.

How to play it: Capri Lane E/W 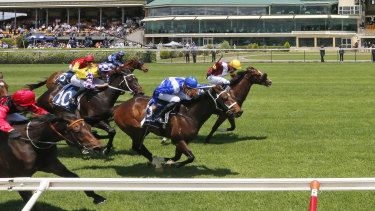 6. Just Tozza is threatening to win a race and might have a good chance to here. Nice run fresh at Randwick then again made good ground at Warwick Farm two weeks ago. A bit of speed on would help his cause but sure to be competitive.

Dangers: 2. Catapult is another who could win without surprising. Last run in this sort of class he finished a closing second at Hawkesbury over 1400m. All other recent runs in Benchmark 72 or higher in town. Needs the breaks, but this is a good chance for him.

1. Mihocek sat on pace third-up and proved too strong scoring at Wyong on a heavy track. That tends to be his best racing pattern and from the outside gate you’d imagine he goes forward. 4. Toomai is racing well and comes off a tough win at Muswellbrook over this trip. Claims away from her main rivals and drawn nicely so she’s a definite chance.

How to play it: Just Tozza E/W

1. Carlisle Bay was far from disgraced in a much stronger race at Kensington third-up off an easy all the way Scone win. Handles all ground, should push forward onto the speed and that would make him hard to run down.

Dangers: 7. Tycoon Hallie found good support when resuming and she just left it a bit late when runner-up at Beaumont on Boxing Day. Third horse has since won. Gets back and runs on and is the logical danger. 3. Lennon ran a much-improved race at Warwick Farm two weeks ago where he found the line late with some purpose, which was missing in previous runs.

Back in class here and if he can put in the same effort he’s hard to beat. 8. Nicochet is very hit-and-miss but he does run on, he doesn’t mind it wet, and he’ll find this a bit easier class wise than last time behind Titanium Power at Warwick Farm where he ran into fifth.