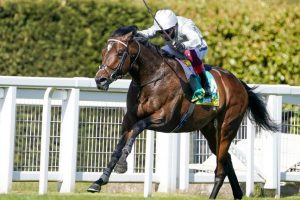 Hot favourite Palace Pier is set to face 10 rivals in the opening Queen Anne Stakes at Royal Ascot on Tuesday.

The Kingman colt won a thrilling renewal of the St James’s Palace Stakes on the same card 12 months ago – and went on to double his Group One tally in the Prix Jacques le Marois at Deauville.

John and Thady Gosden’s stable star suffered defeat on his final start of 2020 when only third in the QEII at Ascot in October.

However, having bolted up on his return to action at Sandown before slamming his rivals in the Lockinge at Newbury last month, Palace Pier is odds-on to get Royal Ascot punters off to a flyer in the hands of Frankie Dettori.

Aidan O’Brien saddles both Breeders’ Cup Mile winner Order Of Australia and Lope Y Fernandez. The latter needs to bounce back from a disappointing effort in the Lockinge on his latest appearance.

There are two previous winners of the Queen Anne in contention, with Eve Johnson Houghton’s shock 2018 scorer Accidental Agent and David O’Meara’s 2019 hero Lord Glitters both back for another shot.

The only horse not declared from the confirmation stage is Tilsit.