The Mile at Santa Anita is the target for Circus Maximus, who finished sixth in the Derby but has since shone over the shorter trip, winning both the St James’s Palace Stakes at Royal Ascot and the Prix du Moulin at Longchamp.

Derby hero Anthony Van Dyck has enjoyed less success since his Epsom triumph in June, suffering a shock defeat in the Irish equivalent before being well beaten in the King George at Ascot. 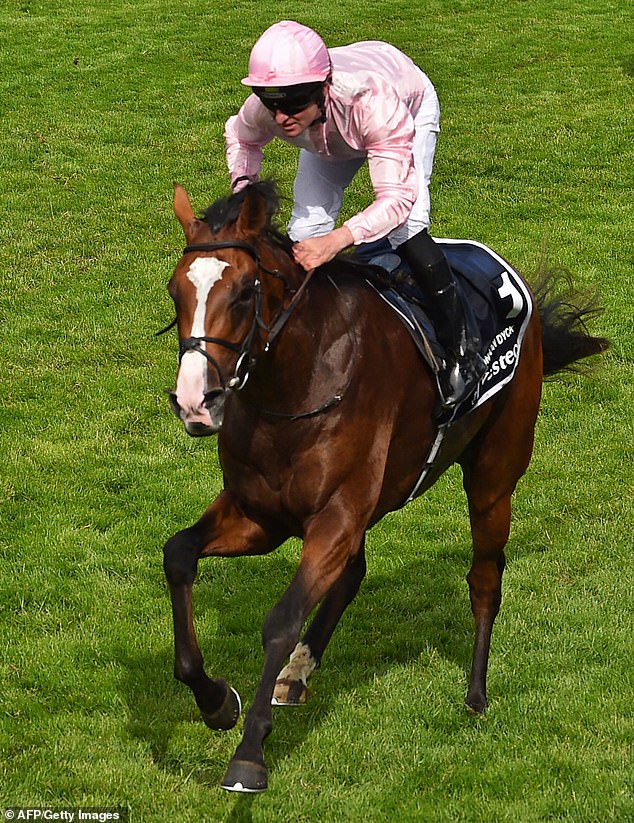 He returned to something like his best when third in the Irish Champion Stakes, however, and O’Brien expects the 12-furlong Turf to suit him in California.

He told Sky Sports Racing: ‘There’s a few different scenarios and after this weekend things will clear up a lot, but I suppose the main two would be Anthony Van Dyck for the Turf and Circus Maximus for the Mile.

‘There will be others that slot in after that, including Fairyland in the Sprint.

‘We were delighted with Anthony Van Dyck in the Irish Champion. We ran him in Ascot in the King George when we probably shouldn’t have in the soft ground – he’s a good ground horse.’