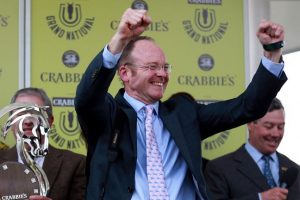 Beau Bay is set to take another step up in trip and go for the Fulke Walwyn Kim Muir Handicap Chase at Cheltenham.

Trainer Richard Newland believes the three and a quarter miles will suit the 10-year-old, after he stayed three miles well to score at Doncaster.

Beau Bay also holds an entry in the Randox Grand National, but it is highly unlikely he will make the cut because he was rated only 136 until after his win on Town Moor last month.

He was raised 6lb to 142 following that success, but it came after the weights for the Aintree spectacular were published.

He won the two-mile-five-furlong Grand Sefton Handicap Chase over the National fences in December, and it is possible Beau Bay could still be back in action there for the Topham Chase if conditions are suitable.

“The handicapper put him up 6lb for his latest win, but it was too late for the National. I’m sure he won’t get in so I’m not expecting to get a run there,” said Newland.

“He might run in the Topham, but the plan is to go to the Kim Muir at Cheltenham – and we’ll take a view after that. He’s had quite a busy season.

“If he runs respectably in the Kim Muir, I might say there’s a chance we’ll keep going to Aintree in case he got in the National -and the ground would have to be soft in the Topham. I think they will be a bit too fast for him in that race if it wasn’t.

“We’re going for the Kim Muir. I think stepping up in trip is the way to go, and we’ll see how he gets on.”